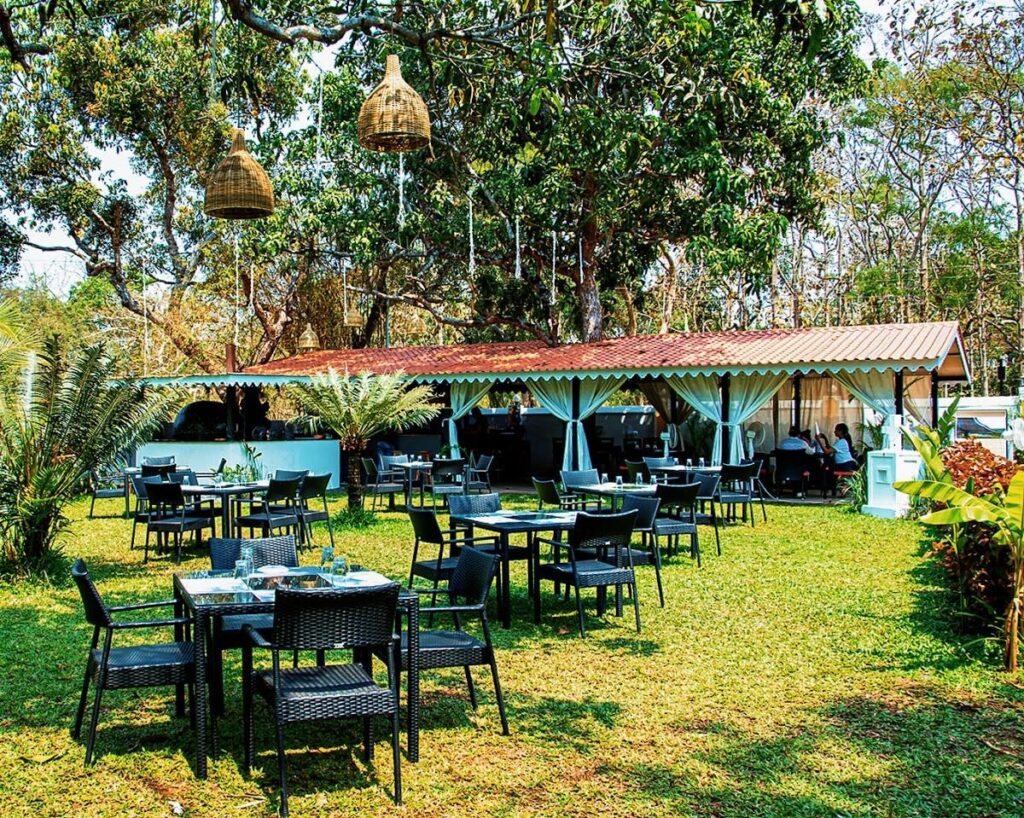 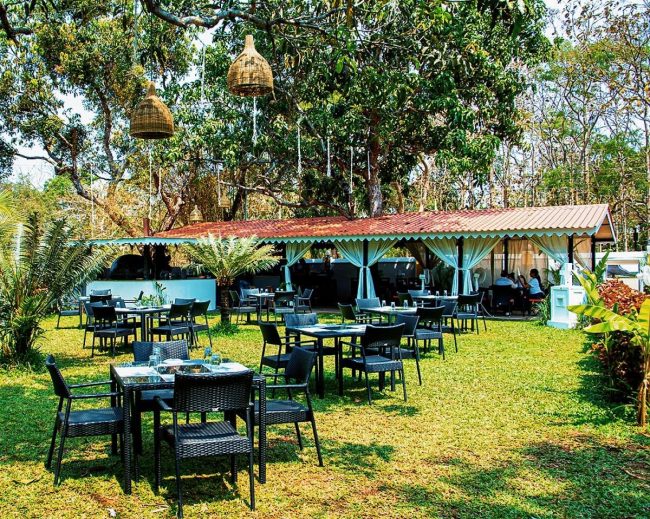 Goemkarponn desk
PANAJI: Goa Excise Commissioner Narayan Gad today started hearing on the illegally obtained liquor licence by an upmarket ‘Silly Souls Café and Bar’ allegedly being run by Union Minister for Women and Child Development Smriti Irani’s family at Bhouta Vaddo in Assagao Village.
After hearing the complainant, Adv Aires Rodrigues and Adv. Benny Nazareth, representing the family of the liquor licence holder late Anthony D’Gama, the Excise Commissioner, framed two issues for determination, the first being whether the excise licence was obtained by submitting false and inadequate documents and by misrepresenting facts. The second issue was whether there were procedural irregularities on the part of the Excise officials.
Directing the licence holder to file their response to the two issues, the Excise Commissioner adjourned the further hearing to August 22nd.
While late Anthony D’Gama’s son Dean was present for today’s hearing, the complainant drew the attention of the Excise Commissioner that the name of the other existing son Dale had been conveniently suppressed.
Adv. Rodrigues, in his complaint, had pointed out that though the Excise rules in Goa allow a Bar licence to be issued only to an existing restaurant, the Excise department, on February 18th 2021, in rank violation of law, issued a licence for the retail sale of Foreign liquor for consumption on the premises along with another licence for the retail sale of Indian Made Foreign Liquor and Country liquor to the outlet without the required Restaurant licence being in place.
Adv. Rodrigues also pointed out that the licence issued in the name of Anthony D’Gama was issued despite the Aadhaar card submitted by him showing that he was a resident of Mumbai and that the Aadhaar card was issued only on December 30th 2020, days before the Excise licence application was filed.
The complaint further submitted that the Excise licence was issued for this sprawling 1200 sq. mts plush premises being run by Smriti Irani’s family allegedly in rank violation of the law.
The complaint also drew the attention of the Excise Commissioner that last month on June 29th, the local Excise office at Mapusa, in clear contravention of law, renewed that Excise licence in the name of Anthony D’Gama despite him having passed away last year on May 17th 2021 as per the death certificate issued by the Municipal Corporation of Mumbai which was obtained by Adv. Aires Rodrigues.
In a connected development Adv. Rodrigues has pointed out to the Director of Panchayats that the construction of that Restaurant was also illegal, and Mapusa Block Development Officer has been directed to investigate the matter.
He also filed a complaint with the Chief Town Planner Rajesh Naik seeking his immediate intervention of the Town & Country Planning department (TCP) into the illegal change of land use, and filling of low lying tenanted field in rank contravention of law to erect the now controversial Restaurant being run by Smriti Irani’s family.