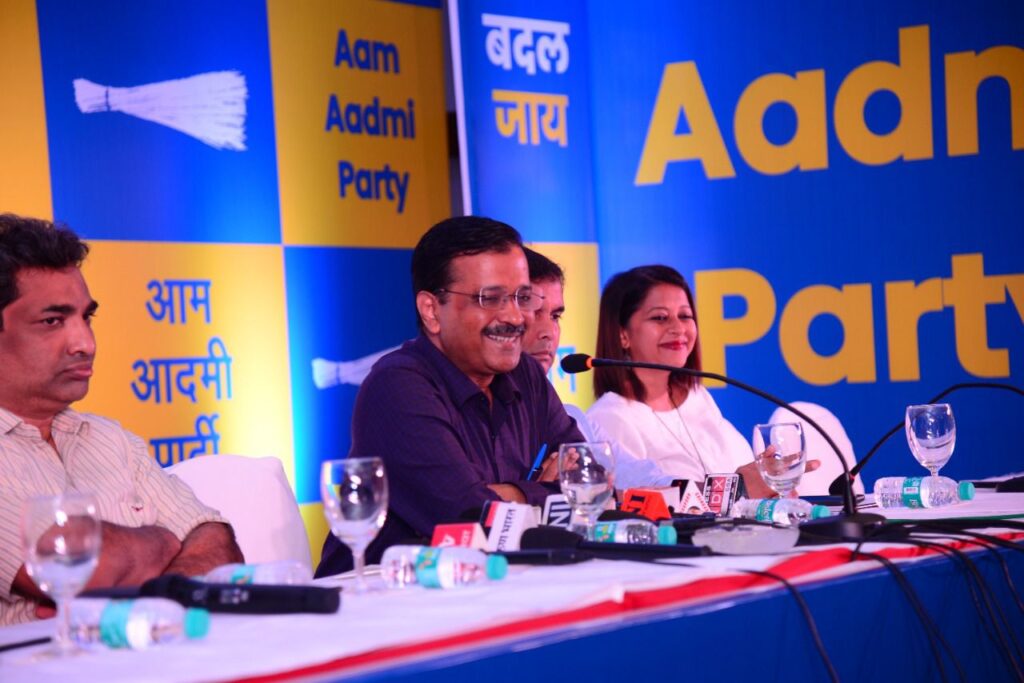 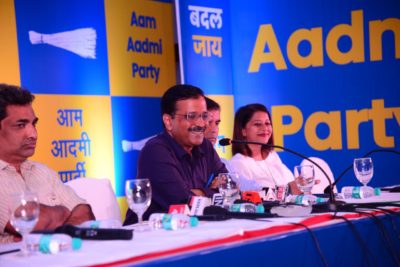 Goemkarponn desk
PANAJI: Aam Aadmi Party national convenor and Delhi CM Arvind Kejriwal made a pitch for Goa’s first corruption-free government and promised doorstep delivery of services if his party wins the polls.
During his two day visit, Kejriwal addressed media on Wednesday. He said, “In the last 60 years, the Congress-ruled for 27 years and the BJP and the MGP ruled for 15 years. Besides doing corruption, they haven’t done anything for the state. If we voted to power, AAP would give the state the first corruption-free government, and this is Kejriwal’s sixth guarantee to the Goans”.
Kejriwal claimed that despite the abundant revenue in the state, it does not go into the development of the state because of corruption. He assured that not a single rupee would be allowed to be siphoned off. There will be zero tolerance towards corruption in Goa.
“The audit report by the Comptroller and Auditor General (CAG), for the year ended March 2018, noted that the Delhi government has maintained a revenue surplus over the last five years; that tax revenue and non-tax revenue also registered an increase of 14.70% and 101.05% respectively over the previous year. The Delhi government is running in the profits”, he added.
He said, “It is the first time in the last 75 years that the word guarantee has been used in Indian politics, and the AAP is the first party to use this word. The rest of the party verges on assurances, but Kejriwal does what he says”.
He further said, “If AAP voted to power, AAP would introduce doorstep delivery of services, which will make queues and paying touts at government offices for different certificates a history. One will get all their job done at a phone call and at their convenience”.
In the Doorstep Delivery services, he added that if a person wants a certificate from the government, he will telephone the call centre. A government official will come to your home and the necessary equipment to collect the necessary data. An official will make it ready and will deliver it to your homes. The people of Goa will not need to go to the government offices or take holidays, for that matter.
He said, “We have done all this work in Delhi. All this change will not happen in one day. If AAP forms the government within one month, people will see the changes in the governance of Goa”.
“Many business people and industrialists are facing challenges due to the worst governance in the state. If the AAP wins, everything will be delivered at their doorstep just like pizza, and the party will work to strengthen businesses and industries”, he said.