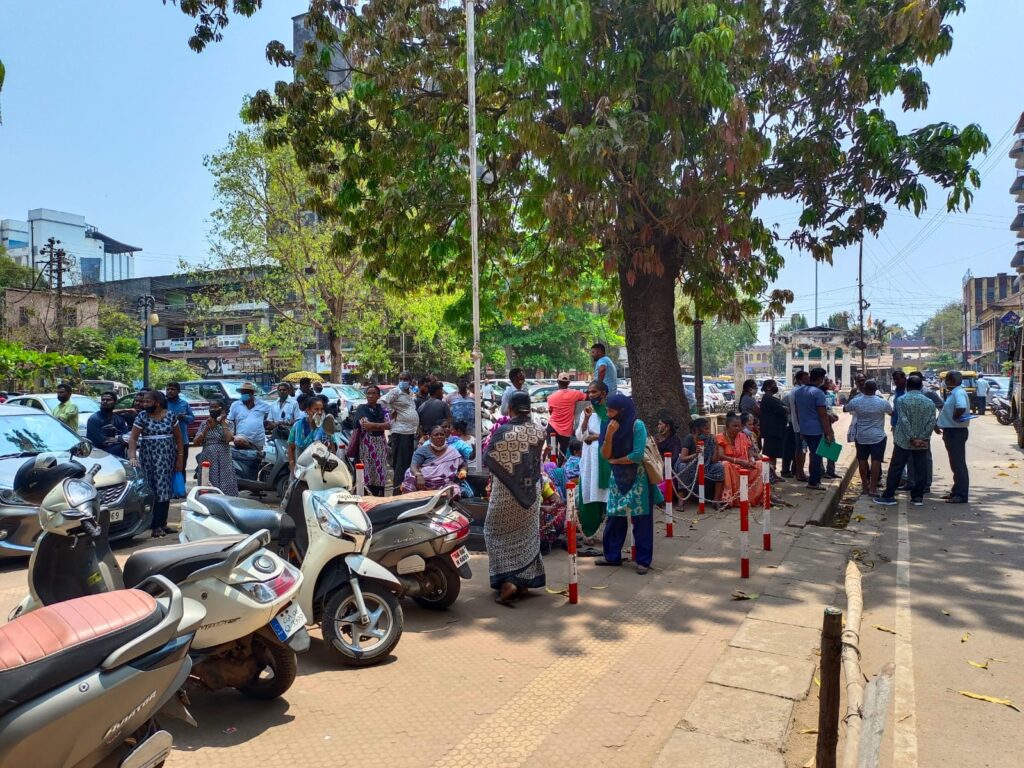 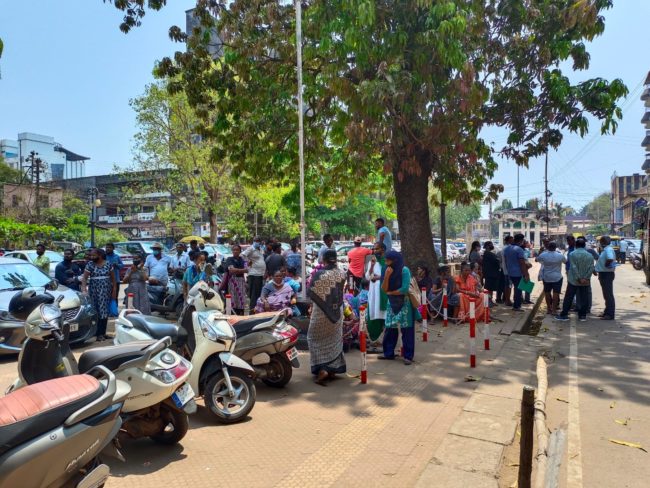 VASCO: Hundreds of Khariwado locals and some activists met the Chief Officer of MMC asking for more time to come up with the solution on this matter.
Activists demand regularisation of houses from the fishing village of Khariwado, which were built prior to 1991.
On Thursday morning, several fishermen activists and locals from Khariwado gathered outside the Mormugao municipality, expecting a solution from the authorities on the house demolition issue.
Social activist Capt. Viriato Fernandes said that he and other groups of fishermen and activists met the Chief Officer of MMC and brought to his notice that there are some discrepancies in the survey and one of such legal houses had to face a demolition which should not have happened.
“Chief Officer has told us to approach the Land and Surveys Department and inquire about this issue. I have had to get some intimation from the Land and Surveys Department,” said Fernandes.
He also pointed out that CRZ law came in 1991, and structures before that which are in the Khariwado fishing village could be regularised as per the law. Because of any discrepancies, poor fishermen should not face any losses,” he opined.
Olencio Simoes, National Fisheworkers Forum, general secretary, pointed out that the Khariwado fishermen and poor and uneducated and therefore, they cannot understand the implication of law.
He further said that the CRZ act protects the interest of the fishermen communities; since the Khariwado is a fishing village, the houses of the fishermen prior to 1991 should be regularised.
Mormugao MLA Sankalp Amonkar, who had come to rescue the fishermen communities from Khariwado, told that he and other activists and Khariwado locals requested the Chief Officer to stop the further demolition of the houses on the humanitarian ground and give some time to the locals.
He further said that he and other activists will meet the Land and Survey department officers and will discuss this issue. Later in the evening, again we will meet Chief Officer, Amonkar added.
On Wednesday, the MMC on the High Court order had initiated the demolition of controversial encroachments from the Khariwado area of Vasco. Locals have resisted this move and have urged for additional time to come up with a solution to save their houses.