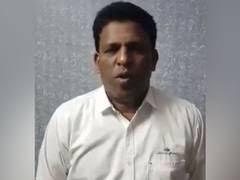 PANAJI: BJP’S Cuncolim Candidate Clafasio Dias attributed his loss to the Church instead of BJP.
Dias also said that Congress reached out to the people significantly.
“Congress reached out to people, and church opposed BJP party. That was a disadvantage,” Dias said
He further added that his defection from Congress to join BJP in 2019 along with ten other Congress MLAs who had not affected the poll results in any way.
“I have done all the developmental works in my constituency, and still people voted for Congress; some people also worked against me,” he said.
Dias said that he would continue to work for the people from the grassroots level.
The electorate did not kindly those attempting to save face by contesting as independents like Isidore Fernandes in Canacona and Wilfred D’Sa in Nuvem.