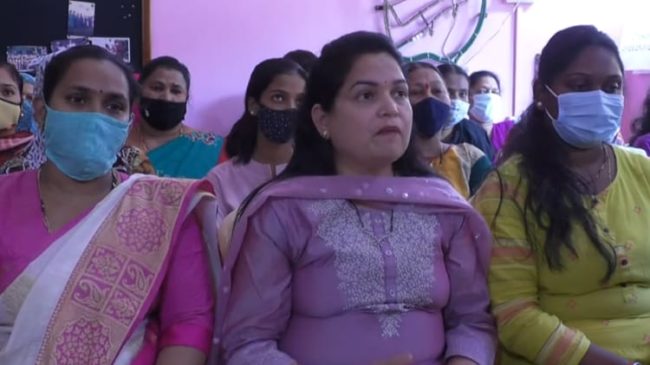 On Friday morning, Mormugao Congress mahilas held a press briefing in which they condemned the BJP Mormugao candidate Milind Naik for his alleged involvement in the infamous sex scandal issue which has brought BJP in the line of fire of critics and voters.

The Congress mahilas headed by Shradha Amonkar during press briefing challenged Milind Naik to come to Damodar temple on Monday in Vasco and swear before Lord Damodar along with his supporters if Naik is not involved in the infamous alleged sex scandal. Amonkar and her supporters also went ahead and agreed to swear in the temple claiming that the allegations made by them against Naik are genuine.

Criticising BJP government, Amonkar and her supporters questioned that why there has been no FIR registered against Milind Naik when the evidences have been submitted to the police. The recent clean chit given to Milind Naik by BJP party and declaring him as a Mormugao candidate clearly indicates that the issue is being downplayed and suppressed considering the upcoming election.

Later, when questioned the future course of action, Shradha Amonkar informed that the Congress party will take up this matter to the court for non registration of FIR against Naik in sex scandal matter.