Salkar says awaiting NOC from the Mormugao communidade to carry out works and beautify the lake further and, in return, pass on benefits like boating activities etc., in the lake to the Communidade. 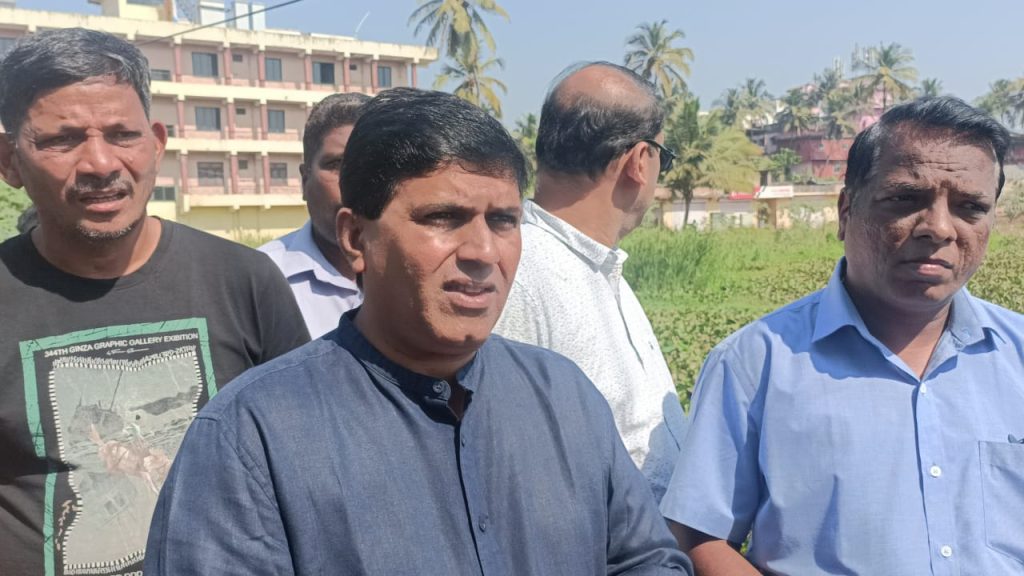 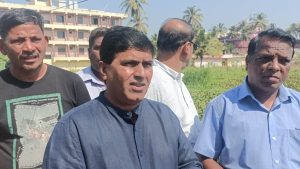 Goemkarponn desk
VASCO: Vasco MLA Krishna Salkar on Thursday said that the Maimolem lake, which was in a bad state, would be revived in phases and added that the government had already sanctions ₹1 crore rupees for the works on the first phase.
Salkar speaking to reporters after a joint inspection with the Mornugao Municipal Council (MMC) councillors, also added the work order was awaiting NOC from the Mormugao communidade.
“This Maimolem lake which once was so beautiful and even had even lotuses blooming, is close to the heart of all Vascokars, and they have an emotional connection with this lake. The lake has been ignored for the last 25 years, and people also got their sewerage discharged here, and this lake was destroyed with snakes and weeds growing in this lake,” he said.
He said they always wanted to revive this lake and bring it to its previous glory because it is a significant water body from the environmental point of view for the city.
“Both the lakes are also catchment areas and prevent the city from flooding, and it was essential to revive these lakes,” said Salkar.
Salkar said that he had put a proposal to the WRD, and the WRD minister had already agreed to take this up under the Amrut Sarovar scheme.
“We have now received a work order with administrative approval of ₹1 crores, and we are waiting for the NOC from Mormugao communidade. We have already approached the communidade, and they are very positive about this development because it is for the larger interests of Vasco,” he said.
The MLA said that he has also asked for the sewerage NOC so that we can have a pumping station and stop the sewerage from being discharged into the lake.
“Both these works of beautifying the lake and setting up a sewerage pumping station can be taken up simultaneously. We are also planning to involve the bio Diversity committee to have hydro plants and other plants in this lake so that it can be beautified and revived further to make it the best lake in the taluka,” said Salkar.