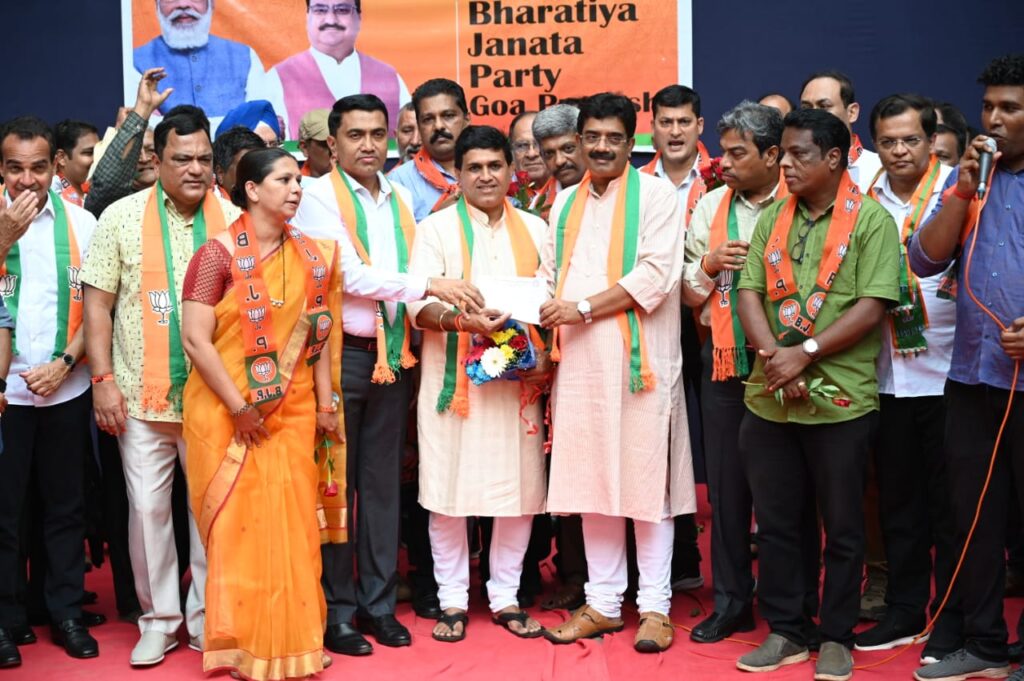 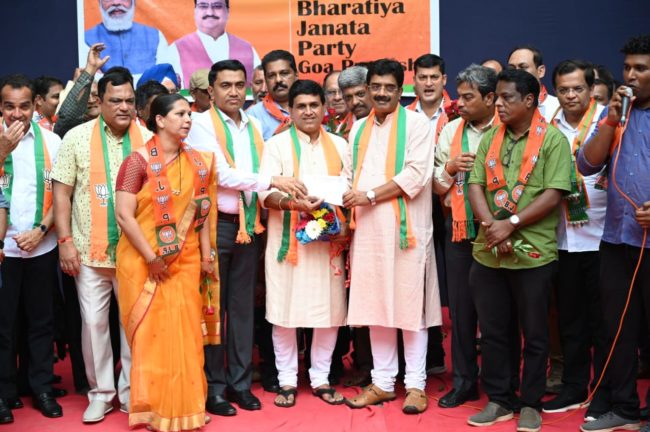 Salkar, who contested against the incumbent MLA Carlos Almeida as an Independent in 2017 and lost by a small margin of 750 votes, has always remained an active member of BJP. Although he had quit the party, he always had a soft corner for BJP and the proof is that he did not join any other party. On Tuesday, he returned home – BJP.

An elated Chief Minister said they are optimistic that BJP will retain power for the third consecutive year. “Many leaders and karyakartas will be joining BJP in the coming days. The work of the Central government led by Hon Prime Minister Shri Narendra Modi has made a strong impression on the people who wish to work with the BJP and make the country a strong nation in the world,” he said.

The BJP, Dr Sawant added, will win an absolute majority. “BJP’s slogan ‘22 plus’ will come true. With the entry of Shri Daji Salkar, BJP has become stronger in Mormugao taluka. The Lotus will bloom in all the four constituencies of Mormugao in the upcoming elections, once again,” he said.