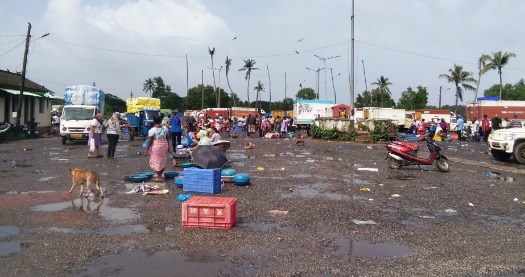 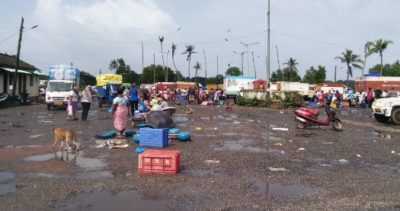 Goemkarponn desk
Margao: The Margao Wholesale fish traders warn to stop paying the sopo fee to the South Goa Planning and Development Authority (SGPDA) if they do not float tender with regard to sopo collector within a given time by the High Court. The Margao wholesale fish traders also demanded the Chief minister intervene and resolve it at the earliest.
On Tuesday, after the general body meeting of the Margao wholesale fish traders, their president Maulana Ibrahim said that in the meeting, they have decided that as per the direction given to the SGPDA by the court that before December 27, they should come up with the tender for sopo collector. He also demanded that the CM Dr. Pramod Sawant intervene in this matter and resolve this issue as soon as possible.
Ibrahim also alleged that a person appointed by the SGPDA is extorting money from the wholesale fish vendors is actually illegal and invalid since the legal tender of SGPDA has not been out. We demand before the SGPDA to abide by the high court’s direction and to lower the sopo fees of Rs.500 per hour to Rs.100 for five hours per day.
Ibrahim further said that they will take the necessary course of action after deciding on December 27 if SGPDA fails to abide by the directions of the High Court.