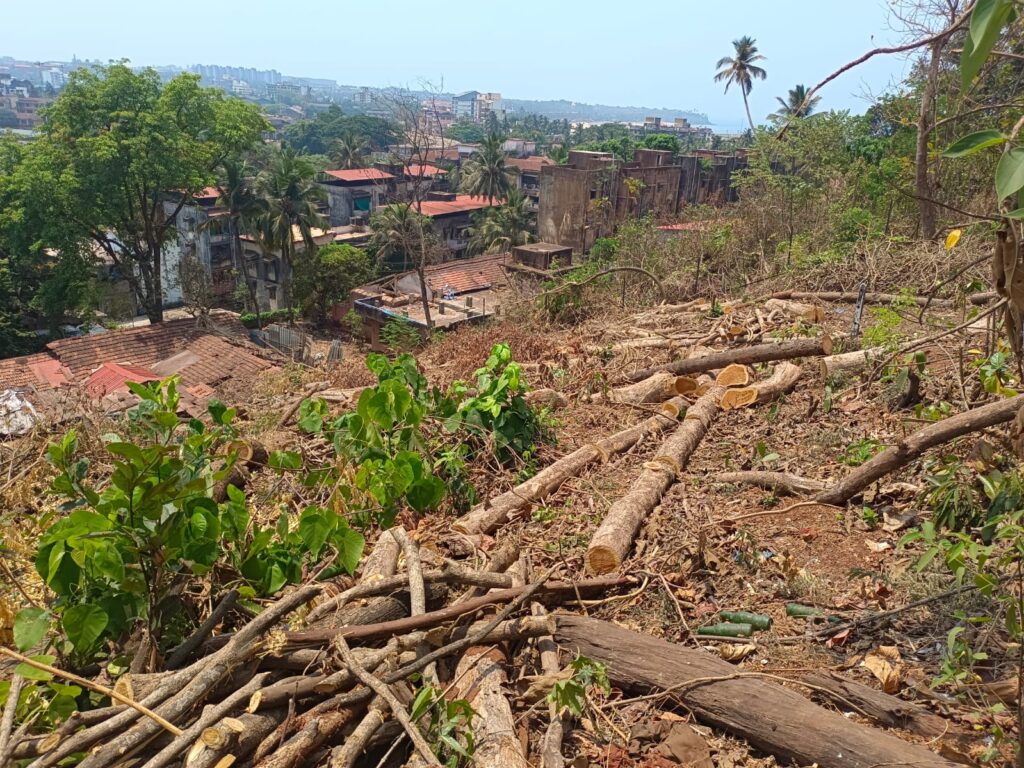 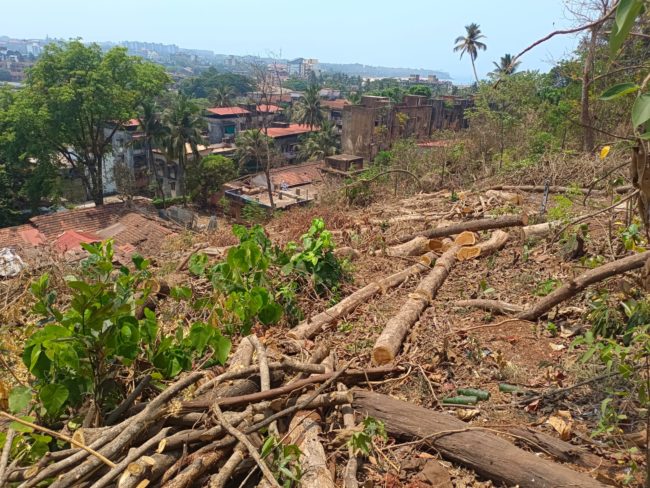 VASCO: Massive level felling of trees on Bogda sloppy hill has been taken place which may pose a danger to the houses located above the Bogda hill with regards to the landslide. The MMC chief officer was unaware of the matter but assured to look at the issue.
With the Monsoon season approaching, the heartbeats of the residents of Jetty, Bogda hills will start beating fast as every year they will likely to receive the eviction notice from the Mamlatdar’s office to vacate the houses which the government authorities feel in a dangerous condition.
This issue was raised by the Mormugao MLA Sankalp Amonkar recently in the legislative assembly demanding to stop such notices to these households.
Commenting on the issue, ‘Goa First’ NGO’s Parshuram Sonurlekar said that Goa First has filed a complaint about the hill cutting and trees felling in large numbers at the Bogda hill, increasing the chances of landslides during the monsoon season.
Sonurlekar has questioned that if the houses located at the jetty and hilly areas of Bogda are being served eviction notices every year citing the dangerous condition, then how could such massive hill cutting and felling of trees be allowed by the authorities?
When contacted Mormugao Municipal Council chief officer, he said that he is unaware about the issue and assured to look into the matter and discuss it with the municipal engineer.
Ward councillor Prajay Mayekar also expressed shock about this matter and said that he came to know about such activity a day ago and he will discuss this matter with the Chairperson and Chief Officer for further action.