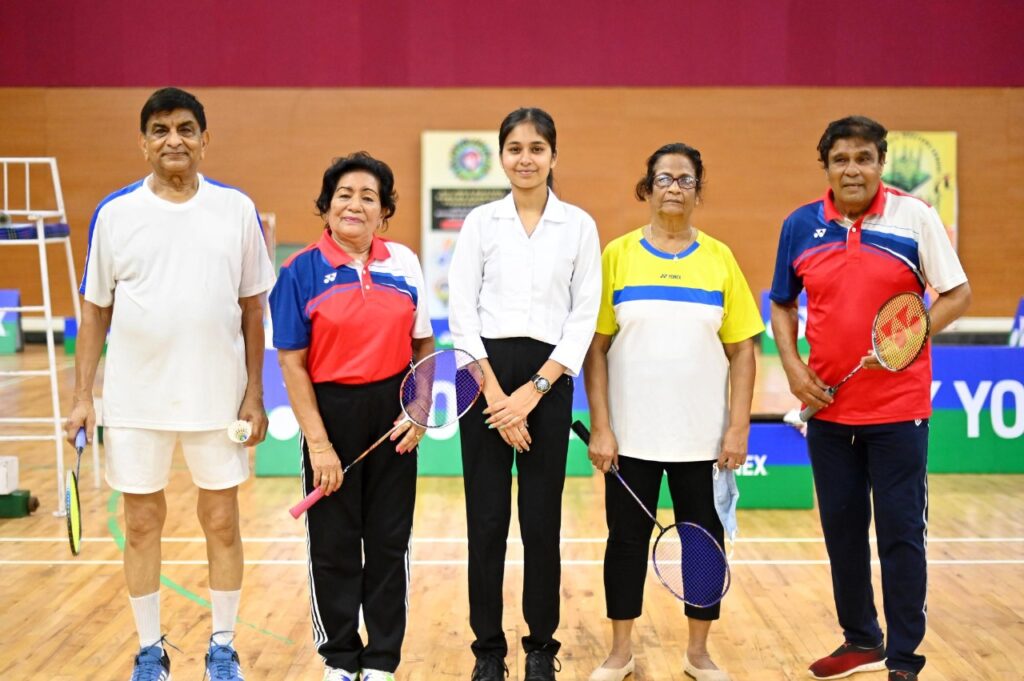 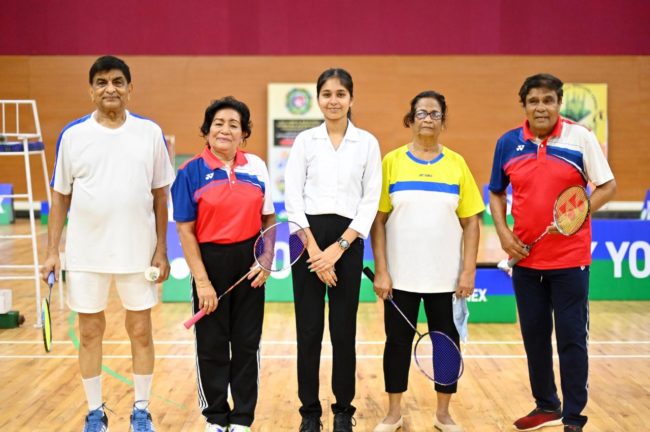 Goemkarponn desk
NAVELIM: The first stage of the All India Masters Ranking Badminton Tournament for age brackets of 55 plus to 75 plus age concluded at the Manohar Parrikar Indoor stadium at Navelim, Goa with Maya Chawat (3 Golds), Mohammad Ali Baig (2 Golds), Olga D’ Costa (2 Golds), Beena Shetty (2 Golds), Geeta Negi (2 Golds + 1 Silver), Dr Satish Kudchadkar (1 Gold + 2 Silvers), Dr Sicletica Rebello (2 Golds + 1 Bronze) and Perpetua Jaques (1 Gold + 1 Silver) being some of the outstanding performers during the tournament.
Goa added to their list of medals with Sicletica Rebello clinching bronze in Women’s Singles 75+ and Bharati Heble / Suresh Prabhu Velguenkar securing bronze in Mixed Doubles 70+ group, to add to the rich haul of medals won earlier.
The second stage (35+ to 50+ age brackets) of the National Ranking tournament organised by Goa Badminton Association under the aegis of Badminton Association of India will begin on September 23 and will conclude on the 26th.
The tournament, which is selected for the BWF World Seniors championships in Spain, has attracted 1000+ entries from all across India, with organisers putting strict Covid norms in place.
Former India International players and/or other prominent players such as Shrikant Bakshi, Amrish Shinde, Ajay Bhagwat, Kiran Makode, Vikram Bhasin, Banu S., Vijay Lancy, J. B. S., Vidyadhar, Joy Anthony and Shalini Shetty are among some of the top names in the draws which will compete for a berth in Spain. Prominent Goans in action during the next four days will be the Kanji Brothers Sandip and Kamlesh, who are seeded one in the Men’s 40+ Doubles event, Sandhya Melasheemi, a triple Gold medal winner at the last Master’s Nationals, Amit Kakkar and Vishal Vernekar, All India Masters Bronze medal winners, along with Goa’s top-ranked players in various age groups namely Parag Chauhan, Darwin Barreto, Kishore Raghubans, Vaman Fallary, Wilfred Jacques, Shamsuddin C K and Ayub C K.