MGP will never give ticket to Babu Azgaonkar: Dhavalikar 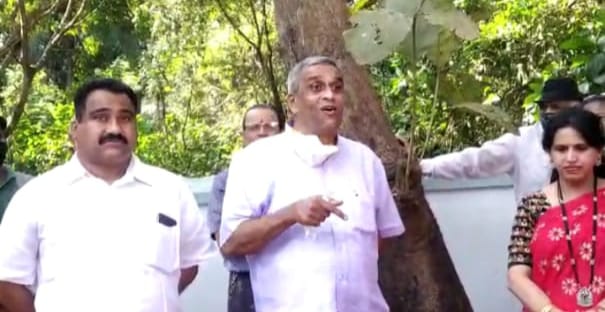 PONDA: Maharashtrawadi Gomantak Party (MGP) President Deepak Dhavlikar made a statement that MGP will never give party ticket to Tourism Minister Babu Azgaonkar for his betrayal to the party in the past.

Reacting to the demand of Core Committee and Block Committee members of MGP in Pernem Constituency, Dhavlikar said that “ MGP will never give party ticket to Tourism Minister Babu Azgaonkar to contest assembly election.

Dhavlikar said “Babu Azgaonkar betrayed MGP when he was needed for party and in any circumstances in future he will not be given re-entry into MGP. How will we face people and what we will tell our supporters if we give Azgaonkar re-entry into MGP who has betrayed us“ questioned Dhavlikar.

Dhavlikar said BJP has no longer remain party with difference. It is not the same party when Manohar Parrikar was CM ten years ago.

“Today BJP is importing Politicians from other party thus doing injustice on their own party workers who have contributed hard for building the party” Dhavlikar added.

It may be recalled that the Core Committee and Block Committee members of MGP in Pernem Constituency had taken decision in a meeting demanding MGP party ticket to Manohar (Babu) Azgaonkar for upcoming assembly election.

The decision was taken after MGP Pernem Candidate Pravin Arlekar resigned two days back. He was expected then to join BJP. MGP leader Apa Teli has said that the decision was taken to give befitting reply to BJP. However MGP President publicly ruled out giving ticket to Babu Azgaonkar.