Michael Lobo is a magician; he has done magic in 3 months: Mandrekar 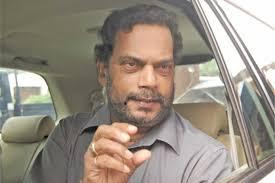 PANAJI: BJP’s Siolim Candidate Dayanand Mandrekar has called Michael Lobo a magician for just coming in 3 months before the elections and winning the seat for his wife.
“I cannot believe what Lobo has done, and I do not know how people believed him. he just worked three months before the elections, and his wife, this is jaadu and bhool bhulaiya,” said Mandrekar when asked about his defeat
He further said that Lobo has worked and used his different magical tricks.
“Lobo used development as a trick to win the seat, and the same was done by Vinod Palyekar last elections; I do not know what the people were thinking,” he said.
Mandrekar also said that RGP garnered many votes, which led to his loss.
“We were concentrating on the big fish. I never thought that RGP would get 3188 voted; it’s a miracle as he had no presence on the booths,” he added.