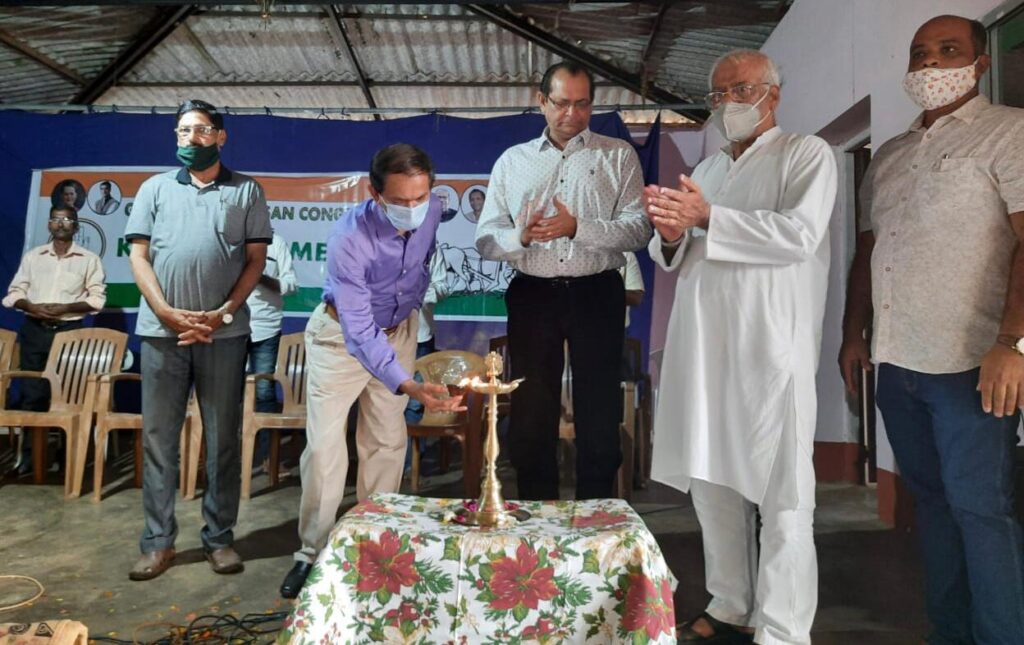 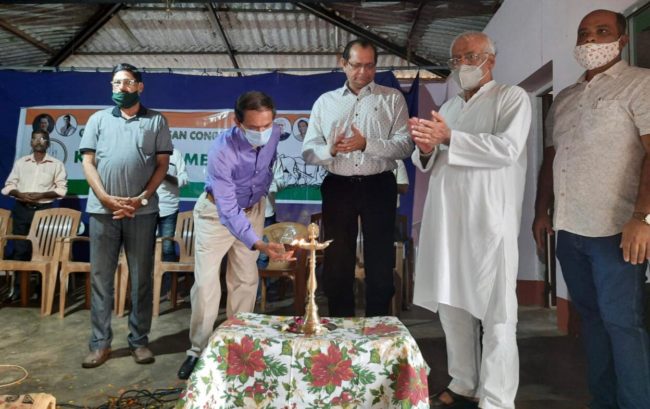 SANGUEM: Citing an example of mining closure in Goa by the then Chief Minister Manohar Parrikar, the president of Goa Pradesh Congress Committee Girish Chodankar said that the main agenda of RSS is to deprive poor people from source of income to have control over them and make its own source, to garner votes, to favor BJP on the name of ‘Hinduism’. He alsi said that PM Narendra Modi is trying to give 40 lakh cr agri-business to 5 capitalist families.

He was speaking at the Kissan Sammelan held in Sanguem. The Goa Pradesh Congress and Goa Pradesh Kissan Congress had organised this sammelan to protest against the bills, which are anti-famers.

Referring the new farm law, Chodankar said that 40 percent Indians, around 46 crore, are depending on agricultural income and total agricultural business in India is around Rs 40 lakh Crore. “This is why PM Narendra Modi, through these laws, wants to take over agri- business of 46 Crores farmers to give it to five capitalist families, so they gain more.

Elaborating on his charges against RSS, Chodankar said that RSS shows that they are against other religions only to garner votes for BJP. “But they also deprive poor and downtrodden strata of Hindus from a source of income to have control over them.” He said.

“Actually RSS philosophy is to keep poor families in the same class. Hence RSS is cutting the income source of poor people. This was the reason Manohar Parrikar closed the mining activities in Goa and he was feeling proud of his own act.” He said

Chodankar said that PM Modi has dedicated ‘Acche Din’ to five richest families of this country and he is trying to make poor people suffer. “If these richest people, friends of Modi, become ‘farmers’ using this bill, then they will gain 40 lakh cores business through agriculture and the day will come when we will have to buy rice for Rs 250 kg.” He pointed out and added that during Congress regime LPG was costing Rs 245, which is now reached to Rs. 800 and petrol price close to Rs. 100 from Rs. 60.

Speaking on the occasion South Goa MP Francisco Sardinha said that the central government should withdraw the law in the interest of farmers. “The farmers are protesting because it is evident that these bills will not make their progress, but these bills might make progress for crony capitalist friends of Modi and Shah.” Sardhina said.

Sardinha further said that Congress is committed to give justice to the farmers community and will be always with them.

“These three bills, which are against the farmer’s interest, clearly prove that this government is only for rich people and not for the poor. The PM wants to make rich people richer.” He said.

Chodankar assured the farmers that Congress will be with them in their movement to pressurize the government to withdraw these bills.

Convenor of Goa Kissan Congress Abhijit Satyavan Dessai while speaking said that farmers across Goa are contacting GKC and expressing their views about the bills. “They are in fear that they will not gain anything, but the friends of Narendra Modi will definitely gain from the sweat of farmers.” Dessai said.

M. K. Sheikh, Subhash Faldesai and various farmers also spoke on the occasion and demanded withdrawal of the law.