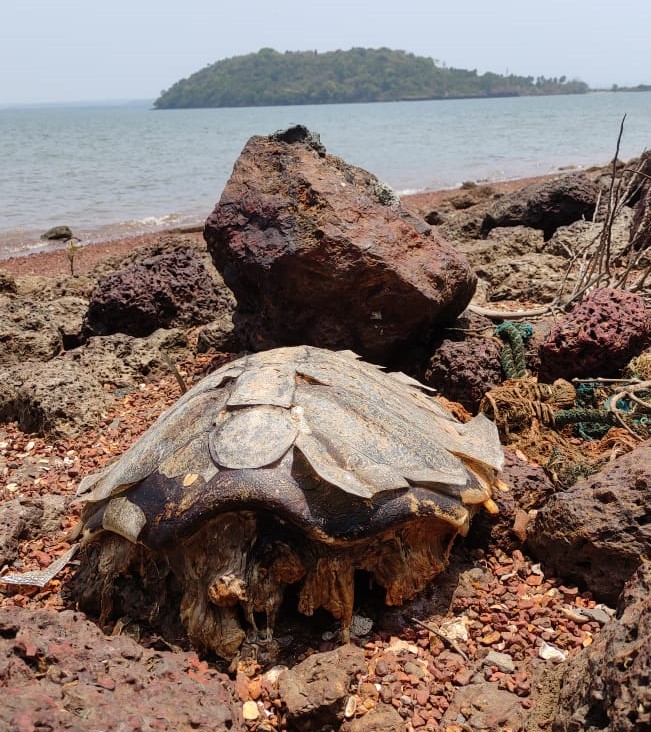 VASCO: Yet another incident of a dead marine life has come to light at Chicalim. An Olive Ridley turtle was found dead on the bank of river Zuari, near Vareg island, Chicalim, two days ago as no clues were available about the cause of its mortality.
A week ago, a highly decomposed Indian humpbacked dolphin was found dead near Nacquelim creek in Chicalim. It was buried by garbage workers.
The dead turtle was spotted by Johnson Stephen, an animal rescuer from nearby. “It was in the rocky area where water currents are not strong to move it easily,” Johnson said.
The turtle may have been lying on the spot for some days. The number of strandings of marine animals has gone up in recent years due to an increase in tourism activities, movement of fishing vessels and other factors.