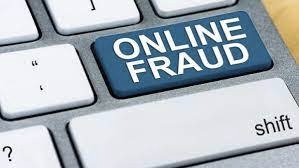 Goemkarponn desk
PORVORIM: Porvorim Police have arrested 3 persons for their involvement in serious criminal activities of online poker gaming by using electronic devices.
The accused have been identified as
Shashank Siddharth, Rajnish Kumar and Anup Palod all presently staying at PDA colony, Porvorim.
As per information, they were caught red-handed while they were found involved in serious criminal activities of online poker gaming by using electronic devices such Laptops, mobile, etc. and on the pretext of electronic gaming passing secret information to outside country and individuals, thus causing great harm to the security and sovereignty of the country.
The accused were using such an illegal app in passing private information of the public and charging huge money transactions as well cheating to the people also by using deceitful means of betting, thereby causing huge illegal gains to them.
“Since crores of rupees are taking transaction internationally but accused has suppressed tax to the exchequers Govt and public, thus further cheated to the public and Govt at large,” said authorities.
The accused, further without permission of online gaming from the competent authority, was involved in illegal gaming activities and siphoning huge money through secret networks and passed secret information that is detrimental to the sovereignty of the state/country.
During the raid, electronic gadgets such as mobile phones, laptops, computers, desktop computers, Ipad, Macbooks, gaming chips etc., and cash seized were all worth Rs. 25,00,000
An, offence U/s. 420, 408, 120-B r/w. 34 IPC, Section- 3 and 4 of the Goa Daman and Diu Public Gambling Act and section 66(D) IT Act stands registered (.) Investigation is in progress with I.O. P.1. Anant A. Gaonkar.