People showed their faith in us, We will continue to work for Goan cause: Rahul Mhambre 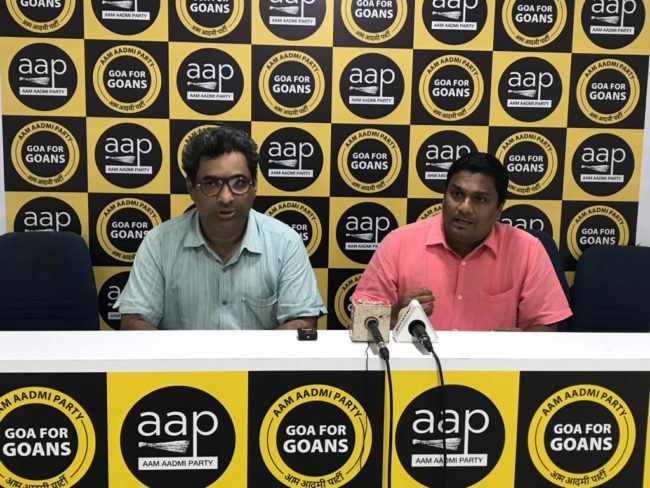 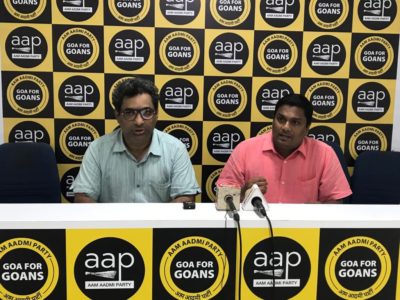 Panjim: Aam Aadmi Party while thanking the people for reposing faith in their candidate at the recently held bye elections in Navelim for the Zilla Panchayat said even the voting pattern at municipal elections shows that Goans are looking for an alternative and that Congress has lost its relevance in Goa.

AAP Goa Convener Rahul Mhambre addressing a press conference said Congress has failed to function as the opposition party and is “hand in gloves with the ruling BJP”, and pointed out that in 2017 Goans did not give a manadate to the BJP which formed the government through cheating and manipulations and with help from the Congress.

“The Congress candidate in Navelim Pratima has clearly stated who was responsible for her defeat and we need not say anything more to prove that Congress is now the B team of the BJP,” he said and asserted that the 2022 assembly elections will see a fight between the BJP and AAP.
Rahul also pointed out that Congress leader and former chief minister Luizinho Faleiro has admitted that the Congress is losing votes because AAP is gaining ground in Goa. “This statement itself shows that people in Goa are now looking at AAP as a viable alternative,” he said.

He argued that AAP had just formed the government in Delhi when elections were held in Goa in 2017 and people needed time to know the functioning of AAP which has become clear now because of which the party is getting votes and also won from Benaulim at the ZP elections.
AAP Leader Capt Venzy Viegas strongly condemned NCP MLA Churchill Alemao’s statement that all those who voted in Navelim for AAP did so because they were paid money. “Are you trying to say that all the voters are corrupt?” asked Venzy while advising Churchill to be careful of what he speaks.
Vemzy argued that if Churchill was confident he should have fielded a NCP candidate in Navelim but instead is now trying to take credit for the independent candidate’s victory and said AAP will have to work harder to take their model of governance to the people more vigorously.

He also lamented that Churchill was continuing with his revenge politics and disclosed that electricity department officials were phoned and fired for shifting an electric police from a person’s house which was kept pending for seven years but was done by Hanzel Fernandes AAP ZP member as soon as he was elected/
“Churchill talking about people voting for money is like a kettle calling the pot black,” said Venzy without commenting any more on the matter.
Rahul also thanked the voters in Panjim who elected four candidates of the We Ponnjekar panel and further pointed out that in 9 wards it was a very close fight with one candidate losing by one vote and another losing by three votes.

“What is evident is that people are looking for an alternative and AAP will be that alternative as we have time to study where we fell short and how to overcome those drawbacks,” he said. Replying to a question he said there was no question of an alliance with the Congress as it was only out to help the BJP.
“The Congress is set to bite the dust as it has to given the fact that today while the father is with the Congress Party the son has joined the BJP and how can people trust such a party?” he asked while asserting that AAP is the only party that is capable and will fight the BJP in 2022.