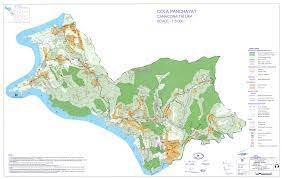 CANANCONA: Canacons will experience a political Cocktail “Khatkhate” for this upcoming assembly election, with the seven candidates taking on each other.
Beginning with the ex-Canacona MLA Isidore Fernandes, Ex-minister Ramesh Tawadkar, ex-Canacona MLA Vijay Poi Khot, the dark horses of Canacona politics, Congress leader Janardhan Bhandari, a challenger Mahadev Dessai, Revolutionary Prashant Pagi, Aam Admi Pary’s Adv. Anup Kudtarkar makes up a cocktail of different persona entering the political fray.
In all probability, what’s being politically cooked- up in Canacona is presently overshadows what ‘Khatkhate’ the State will offer once the counting is over on 10 March.
While the first three are seasoned politicians, the remaining four are all activists in their own rights coming at the electorate doors to seek their votes.
On the one hand, while BJP’s Canacona candidate, which its local leadership refused to accept, is instead slowly making inroads, BJP’s Canacona campaigning strategy received a shot in the arm after the ruling Canacona councillors vouched for support to it. Interestingly, a few Mahila mandals owing allegiance to RSS ideology have also been timely made part of the campaign trail, also giving impetus.
BJPs hierarchy consisting of main blocks in the constituency, including the booth-level committees, however, incidentally gave the real jolt to the saffron brigade while providing a major boost to BJP’s rebel and Independent candidate Isidore Fernandes.
The situation of the BJP travesty is as good as the apathy the party went through in the 2017 assembly elections.
In fact, it’s just more traverse with the party leadership and supporters base deflecting in three different ways this election.
In 2017 the then minister in BJP government, Ramesh Tawadkar, rebelled and contested against party nominee Vijay Poi Khot, Isidore Fernandes, though fought on Congress won the election virtual solo efforts as no Congress leaders campaigned for him.
With all the three players again in the fray, 2017 BJP rebel is a BJP 2022 Candidate, BJP MLA Isidore Fernandes rebelled and contested as an Independent, while 2017-BJP candidate Vijay Poi Khot after resigning from BJP calling the BJP party has become different, and no more ‘with a difference’, is also contesting as an Independent.
So, BJP has virtually two rebel candidates against one official, which is likely to divide BJP votes share in 3 different ways.
The Congress in Canacona is not behind, and instead of putting up a straight fight, it has instead become a divided house itself, with its official candidate Janardhan Bhandari is challenged by his ex-colleague Mahadev Dessai, contesting on Trinamool Congress (TMC).
This revolt within Congress, further dividing traditional Congress votes, made the voters feel like a scapegoat.
According to sources, huge and sizeable traditional voters continue to rally behind Isidore Fernandes, besides his newfound support- base, notwithstanding his personal charisma amongst almost all and every society voter.
As if to add more ingredients to the recipe, AAP’s nominee Adv Anup Kudtarkar RG’s Prashant Pagi is definitely adding more colour to the political situation in Canacona.