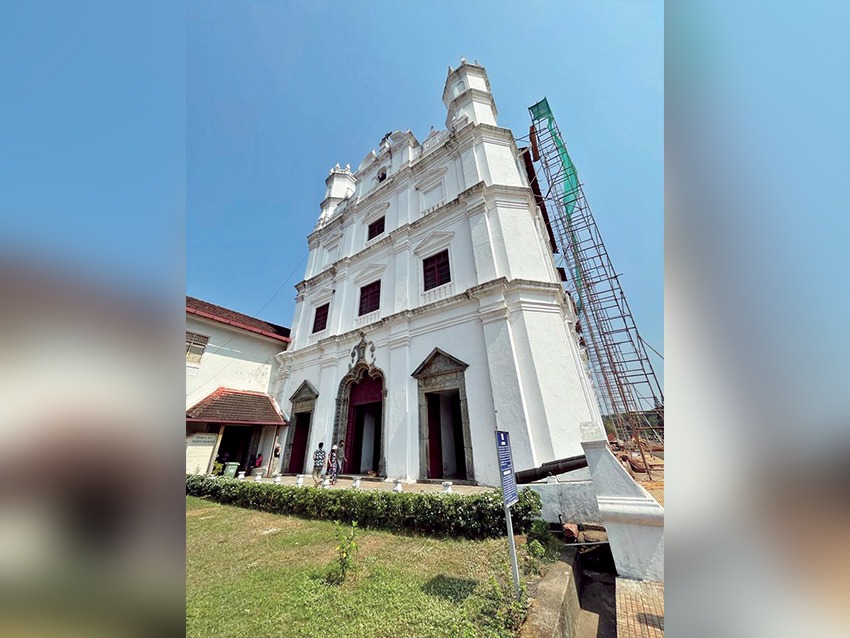 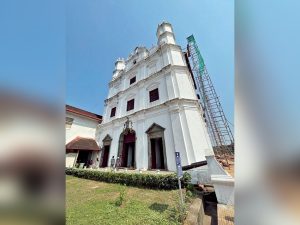 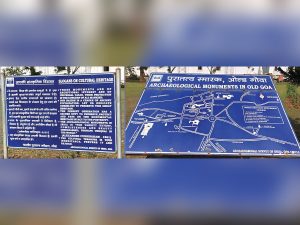 PANAJI: Nazir Bhatri, a Puneite and a social activist, who came to Goa along with his wife and daughter early this week, says he was shocked to find the shoddy renovation of ancient churches, some of which are monuments looked after by the Archeological Survey of India (ASI) and are to be lawfully conserved in their original form.
Instead of just cribbing and walking off, he took pains to find out the contact details of the authority that he could write to. After returning to Pune, he has written a complaint to the ASI, Goa.
Bhatri stated in his letter that “we were in shock when we went to the Church & Convent of Saint Francis of Assisi. None of the original murals/paintings on the inside walls were visible. Every wall was being painted white. Each of the original paintings / murals carries a story and has a history about it. All this is being destroyed. There were signs inside the Church – NO PHOTOGRAPHY. Respecting this sign, I did not take any pictures.”
Bhatri rues that the ASI has lavishly put up boards to make the visitors aware of the ancient structures but has violated the norms. He writes that, “the ASI has placed signs all over the place informing the public on how it should not deface, alter, change, damage or modify the structures. Doing so would attract imprisonment of up to 2 years and a fine of Rs 1,00,000.00 or both. The ASI has also placed its ‘slogan’ all over the place. What we saw was in total contradiction of all the 5 slogans of the ASI.”
Bhatri has demanded an explanation from the ASI office as to why this whitewash of the monument is being done and who is responsible for it.”
Indeed, we need such proactive and sensitive citizens instead of the common banter ‘kuch nahi hoga’!