8 to 9 officers were suspended during my tenure for various reasons, says CM Sawant 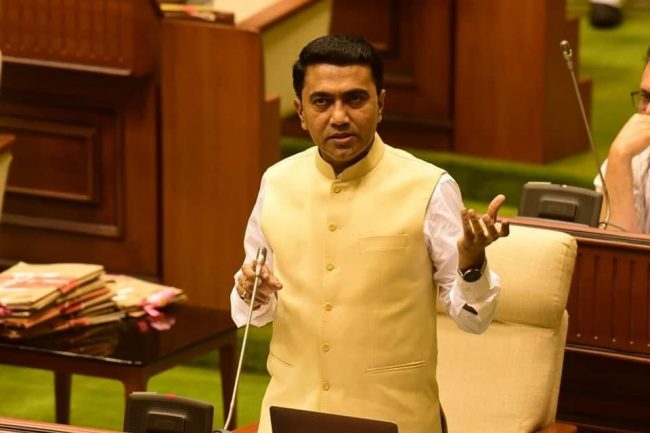 Goemkarponn desk
PORVORIM: Chief Minister Pramod Sawant today informed that 306 complaints have been registered by the people of Goa with the Public Grievances Cell, out of which 70 per cent of complaints have been addressed.
CM Sawant was addressing the top officers at the secretariat during the launch of Vigilance Awareness Week.
“Today, I urge all the people in Goa to file their complaints with the Public Grievances Cell. Of the 306 complaints received, the department has addressed 70 per cent of the complaints,” said CM Sawant.
Sawant informed that the state government has been continuously making the cell active, and in the past 3 months, the cell has been fully functional.
“Most of the public is unaware of such a cell in the government. We want to make Goa Corruption Free, and I urge the public to lodge their complaints,” he added.
Speaking further, Chief Minister Pramod Sawant said that during his tenure, around 8-9 state government officers have been suspended.
“It pains to take such decisions, but we have to do this in the public interest and to uproot corruption in government departments. On the other hand, there are people who are non-corrupt, but they keep the files pending, which makes a huge loss for the state government,” CM said.
Sawant said that all files must be cleared in a time-bound manner.
On SIT Land Grab, Sawant said that it was formed so that special attention be given to such cases as earlier such cases were treated as routine and then kept aside.
“In the last 15-20 years, there were 110 such cases related to land grabbing,’ he added.