Reginald joins TMC; says Cong did not consult him before GF alliance 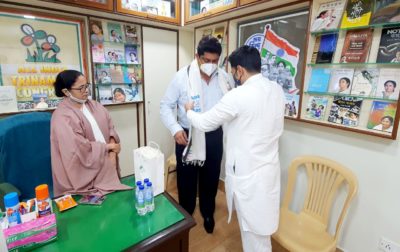 KOLKATA: A day after resigning from Congress, Former Congress MLAAleixo Reginald Lourenco today joined the TMC in the presence of West Bengal Chief Minister Mamata Banerjee, AITC National General Secretary Abhishek Banerjee and MGP Supremo Sudin Dhavalikar.
“There are a lot of issues affecting the people which we are not able to take. We have taken a decision in the interest of where we can take up issues. I feel TMC is a good party to take these issues up. So I have decided to resign from Congress. We all Congressmen are accepting Mamata Banerjee’s TMC,” said Lourenco.
He also said that he was not consulted before deciding to go for a pre-poll alliance with Goa Forward. 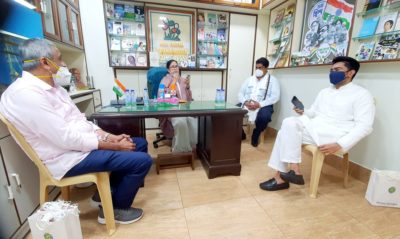 “Only Trinamool Congress is in a position to take on the BJP in Goa because they have the right strength, people and strategy,” said Reginaldo.
He further said that he was not consulted in taking major decisions like an alliance with Goa Forward as a vice president of Congress.
“We are pleased to welcome Shri Aleixo Reginaldo Lourenco, former Congress MLA (Goa), who joined the Trinamool Congress family today in the presence of our Chairperson Mamata Banerjee and National General Secretary Abhishek Banerjee in Kolkata,” said AITC.
In the 2017 Goa Assembly election, Congress had won 17 seats. By 2022, they have managed to sustain only two seats.
On December 16, the Congress released its first list of eight candidates for the Goa polls, fielding former chief minister Digambar Kamat from the Margao constituency. The other candidates are Sankalp Amonkar from Marmugao, Aleixo Reginaldo Lourenco from Curtorim, Yuri Alemao from Cuncolim assembly constituency, and Altone D’Costa has been fielded from the Quepem seat.
In a shocking development, Reginald resigned on Monday. The Congress termed his resignation as an immature and unstable politician.
Goa Pradesh Congress Committee president also called Reginaldo a traitor who took everything he wanted from the party and betrayed them.
“Such politicians will never be stable in any party,” he said.

I am loyal soldier of Congress, never claimed of splitting party: Amonkar