Reginaldo denies rumours of him joining the Congress again 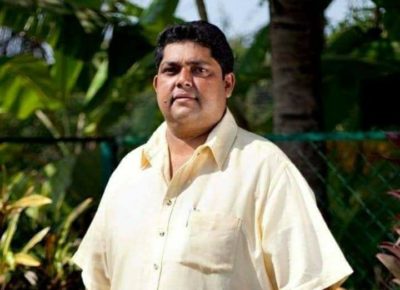 PANAJI: TMC Leader Alex Reginaldo has refuted claims of him re-joining the Congress party ahead of the Goa Assembly Elections.
Rumours were doing rounds that Reginaldo was in talks with the Congress party and was thinking of going back to the latter.
“”I have joined the party, which will fight the BJP so there is no question of any rumours of I joining any party. It is full and final,”” said Reginaldo.
He said he had joined the TMC as a direct flight to the BJP.
“”Real force is required to destroy the BJP,”” he said
Reginaldo had recently resigned as a Member of the Legislative Assembly (MLA) and from Congress.
The Congress reacted sharply to Lourenco’sLourenco’s resignation, saying people who betray the trust will face the consequences and that voters from Lourenco’sLourenco’s Assembly segment will teach him a “”befitting lesson””.

Goemkarponn desk PORVORIM: Despite teh dwindling numbers of national and international tourists, the Tourism department says it has taken various steps, including bearing a part ... Read More

The credibility of media has become zero: Digambar reacting to news of him joining BJP