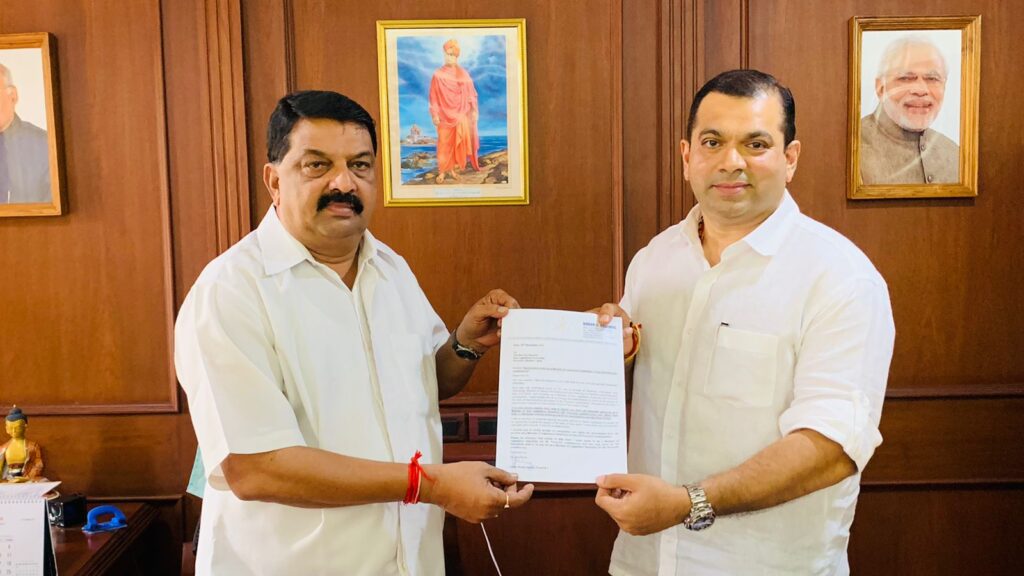 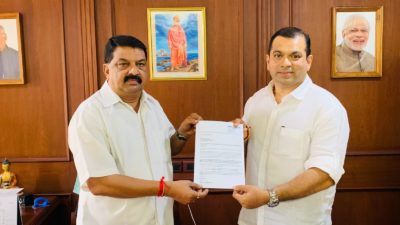 Goemkarponn desk
PORVORIM: Independent MLA Rohan Khaunte has resigned from the post of MLA and is likely to join the BJP tomorrow. With this resignation, the house’s strength has been reduced to 36.
“Today I met the Speaker of Goa Assembly Rajesh Patnekar and submitted my resignation as an MLA ahead of the Goa Assembly elections. Politics has been changing drastically in Goa for the last 4 months, and it can be clearly seen,” said Khaunte after resigning as the MLA.
He further said that they need to take strong steps in the interest of the state and Goa, and the first step of resigning as MLA has been done.
“I don’t want to be part of anything that treats Goans like toys; (Goykarak khelne javpak divchona); said Khaunte speaking to reporters.
When asked whether he would be joining the BJP, Khaunte said he would come up with his decision in the next two days. He said that he is undecided about joining any party and will take the decision in the next few days.
“I will take a meeting of a coordination committee, and based on this, I will be making the decision, I will hold another meeting today evening,” he added.
Khaunte said that one part of resigning has been done, and the next step will be conveyed to the media soon.
He said that Congress does not have any significant presence in Porvorim. He also said that other parties are marching ahead while Congress is still stuck.
Khaunte said that his supporters lost their patience and quit Congress as the party did not appoint Gupesh Naik, a former Zilla panchayat member, as the president of block Congress.
Rohan said that the party has been dallying on the issue of appointing president for the Porvorim block for a month, and it is nowhere near winning the elections.
“Congress is relying on press conferences and protests to win the upcoming elections rather than appointing faithful party workers to vital positions,” said Rohan Khaunte.