Saligao garbage plant has been a disaster: Tulio de Sousa

Says important issues like basic infrastructure - water, power and roads have been ignored while unemployment is at an all-time high in Saligao 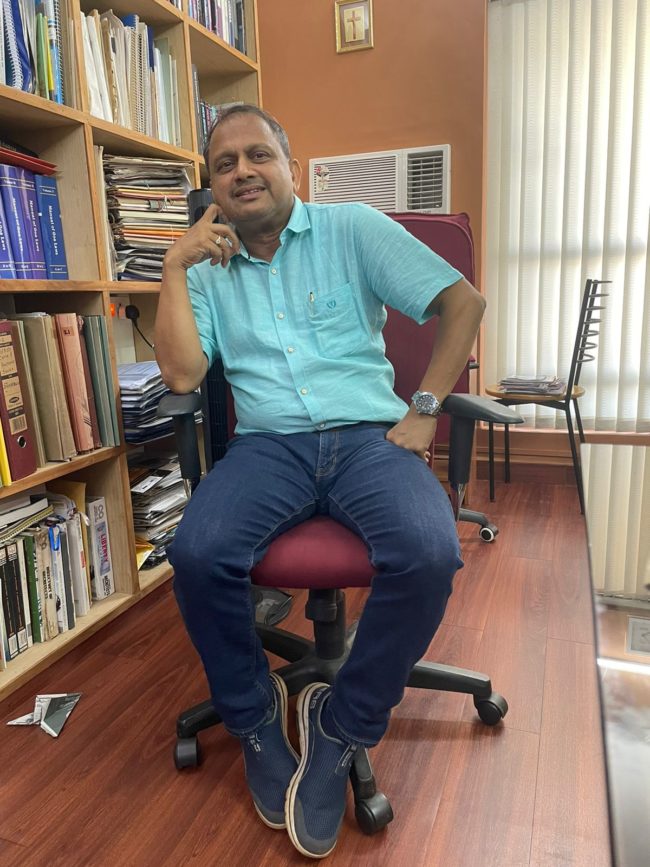 Goemkarponn desk
SALIGAO: Congress spokespersons and the aspirant for the party ticket from the Saligao Constituency Tulio de Sousa says the constituency is crying for help as many burning issues have been ignored.
In a conversation with Goemkarponn, Tulio says that important issues like basic infrastructure – water, power and roads have been ignored while unemployment is at an all-time high.
“I have been working in the constituency for many, many years. The people of Saligao have seen my work although I have not held any political post till date,” he said.
He says that currently, there is a Goa Forward MLA in the constituency who is seen mainly by the people as a non-performer.
“All infrastructure work like laying of underground cables, for power providing free water connection to the people, improvement of the road network and tarring of roads was done mainly during the tenure of Congress government and more particularly Dr Wilfred de Sousa,” he says.
Tulio says that he and his team are working with the people and trying to solve the difficulties encountered by the constituency people.
“People are still struggling to get water supply daily, and the power situation in Saligao is grim. In the last few days, we see people complaining they had not received water for four days in Reis Magos area, which needs to be resolved by MLA and the government,” he said.
De Sousa says he has helped many charitable institutions in the constituency and lent support to the club football team at the village level personally.
“I have helped Sangolda Panchayat with the football Ground and made it a reality for the youth in the locality,” he says.
Tulio says during the pandemic, his team has reached out to people by providing day to day groceries and other food items wherever possible including supporting patients to reach the hospitals for medical aid.
“During Covid 19 pandemic, our youth Congress team helped people in providing oxygen to the distressed patients as a condition in the hospitals were in the pathetic State due to which about 700 people lost their lives only due to lack of oxygen. We are still demanding fair compensation to the victims’ families,” he said.
About Saligao, he said that the people want to retain the Heritage Village status for Saligao due to its unique character and a landmark monument like the Saligao church, which is world-famous.
“However, the then BJP MLA Mr Dilip Parulekar fooled the people by bringing the garbage treatment plant and placed it at a very sensitive spot on the Saligao hillock. Today the garbage treatment Plant has been a total failure, and the village people have to bear up with the stench emanating from this plant. Despite this, the current MLA was part of the cabinet that approved the plant’s expansion to 250 TPD,” he said.
He says numerous show cause notices by the Goa Pollution Control Board have proved the units inadequacies and technical failure of this plant.
“The plant is a disaster to this village and its residents. The BJP government, it appears, is only interested in converting Saligao as the garbage capital of Goa, much to the resentment and distress of the local people,” De Sousa said.
He says the constituency people, just like the entire Goa, are looking forward to a change in the current dispensation as it has abandoned all pro-people programmes and has indulged in blatant mismanagement of Goa’s economy and corruption at all levels.
He says the 16B amendment to the Town Planning Act has resulted in the destruction of the Goan ecology.
“Saligao is falling in line with the rest of State in voting for a change. Youth are unemployed. The current unemployment scenario is grim. The MLA has not been able to provide single employment or a single job to the youth,” he said.