Sawant’s Govt has no data on employment, this is how Sawant will make ‘Swayampoorna Goa’: Rahul Mhambre 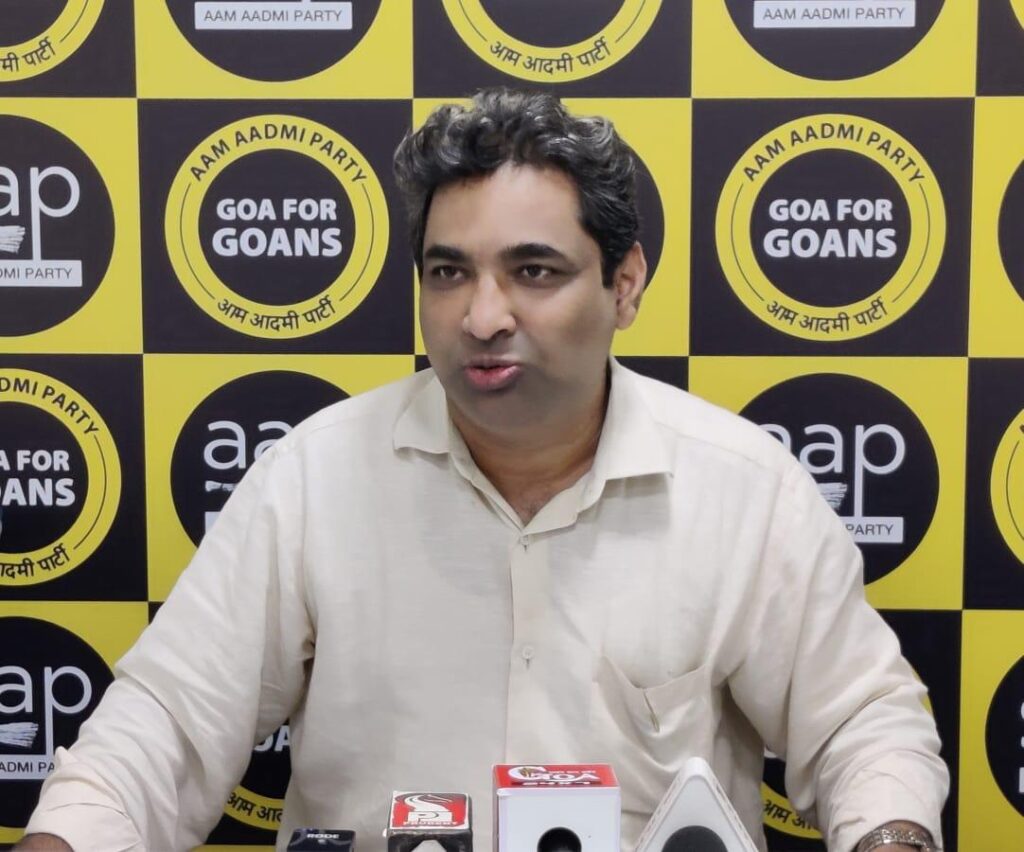 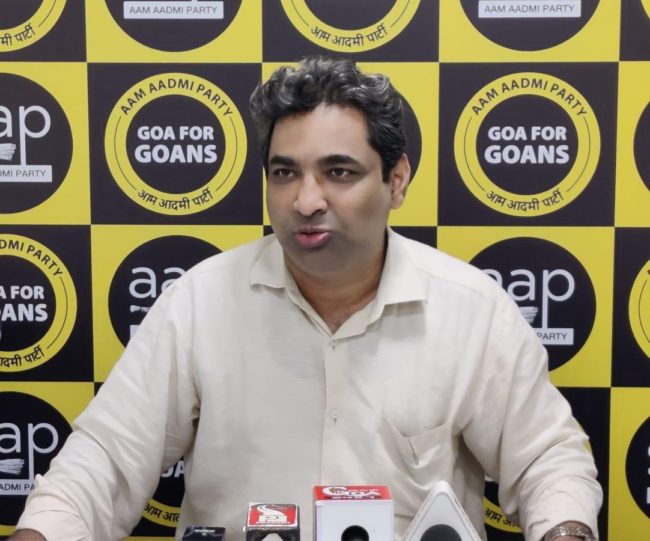 Panaji: Aam Aadmi Party while accusing the government of not being bothered about the welfare of Goan youth and their employment said this was evident in a written reply given by Industries Minister Vishwajit Rane in the assembly.
AAP Goa Convener Rahul Mhambre pointed out that Vishwajit Rane has admitted that the government has no information absolutely about how many Goan youth have been employed by the various units approved by the Investment Promotion and Facilitation Board in the State.
Since 2017 the Investment Promotion Board has sanctioned 4,885 industrial units in Goa and of these 46 projects were approved and 10 of these units have even started operations, but however the government does not have any figure of how many Goans are provided jobs by these units.
“The government apathy to Goan youth is evident in this as it does not even make it mandatory for the units to employ Goans and inform the government of people employed by them,” said Rahul who added that the BJP government is only interested in helping their Delhi based friends set up units in Goa and not even bothered to ensure that they employ Goan youth.
He said given such attitude the government’s claim to provide 37,000 jobs in the private sector and 10,000 in government sector is just another lie as the private sector jobs will not be for Goans but for non Goans who will not only get the payment but also change the demography of Goa where local Goans are being reduced to a minority.
Rahul also cautioned that the tourism industry in Goa is going to be adversely affected in the near future as the Rajya Sabha has passed the Major Port Bill which will have a disastrous affect on Goa and the tourism industry here.
He pointed out that under the Major Port Act Mormugao Port Trust has been given jurisdiction over Goa’s coastline and also river banks. “As Goa is famous for beach tourism this trade will be adversely affected now with MPT controlling it,” he said.
He also lamented that the government has been making tall claims about setting up a single window clearance system for industries when in reality there is no such system in place and in fact no file moves unless bribes are paid.
Rahul pointed out that officials of CREDA recently alleged that they have to pay 8 per cent of the project cost as bribe to the officials to get their file or project cleared. “With bribes being demanded and paid where is the scope for a single window clearance system as the government only resorts to ‘paisa feko tamasha deko’ policy” he said.