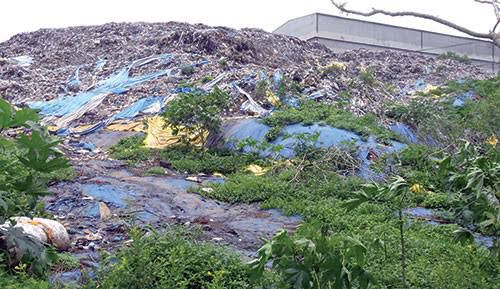 MARGAO: The Shadow Council for Margao heavily deplored the move of the Council to hand over the Sonsodo land and the Multi-level parking land to the GWMC and GSUDA, respectively.
“The Council with these decisions has not done anything good, but only confirmed their inefficiency in performing and executing Civic responsibilities “, charged SCM Convener Savio Coutinho.
He cautioned the councillors of the designs of the local MLAs, to whom they(councillors) have pledged their voices. “First, they managed to prove the incapacity of the Councillors, and subsequently, they made them hand over the projects to other government agencies so that they can have direct control over the projects”, Coutinho explained.
In a startling revelation, Coutinho said that on the 29th of September 2021, he received a call from a very important and influential person that the MMC Councillors are looking for a very heavy Commission in the Multi-Level parking project and had requested me to look into this matter. “Now, whether the bidders did not participate because of the heavy Commission factor or whether the bidders were asked not to bid for the project so as to hand over the Multi-level parking project to the GSUDA will always remain a mystery”, Coutinho said.
The second resolution to hand over the Sonsodo land to GWMC also speaks about the sad situation of the elected Council. Over the years, every successive government has diluted the powers of the municipalities across Goa through various circulars, inspite of the circulars being contrary to the provisions of the 73rd and 74th amendments.
“With the dilution of the Council powers through various circulars, all that had remained with the Council was cleaning of drains and collection/management of garbage. The Margao Municipal Council has now absolved itself from the garbage management responsibility as well. As such, what remains for the elected Council is to attend Council meetings, make noise there, Samosa Khao, Chai Pio aur khatam “, Coutinho mocked.
“We indeed pity the councillors who don’t realize these decisions’ permanent effects on the local body and its independent functioning. To please their masters, they seem to crawl when they don’t need to bend, 3-time councillor,” Coutinho lamented.
“There were times in the past when we had to struggle for resources to fund development works. And now when the Council is in possession of huge grants through Finance Commission grants and Golden jubilee grants, they choose to surrender and hand over everything to other government agencies; indeed very shameful on the part of our representatives”, SCM concluded.