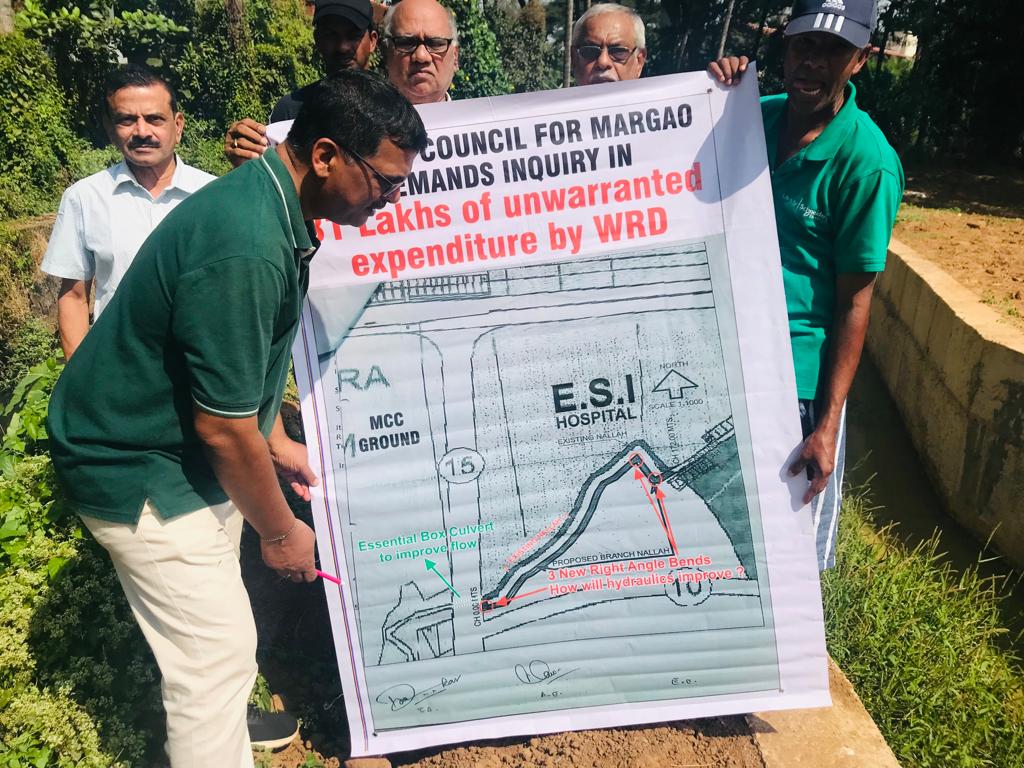 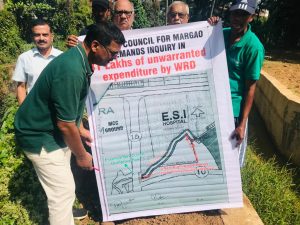 MARGAO: On the eve of the arrival of the Prime Minister Narendra Modi, citizens of Margao questioned the BJP, whether the inaction against the fraudulent construction of the Nallah behind ESI Hospital Margao, was a “Reward” or a “Blackmail” for defection of Margao MLA Digamber Kamat into BJP.

Shadow Council for Margao Convener Savio Coutinho along with prominent citizens of Margao including Loyola Rodrigues, Mathin Karol, Mahesh Naik, Damodar Onskar, Anthony Bsptista and others, today gathered at the nallah construction site, behind ESI Hospital Margao and explained the issue in detail.

Coutinho stated that as the International Anti Corruption day was marked the world over on 9th December, the most glaring example of corruption can be seen behind ESI Hospital Margao.

He further stated that the first time this issue was exposed was in the last week of December 2021, when 30 tree’s were illegally and brutally chopped down, to make way for the construction of the nallah. Written complaints filed before the forest department saw no action, Mr. Coutinho lamented.
It was further revealed that the term of the contract had expired on 1/03/2022, much before the commencement of the work, and still the Engineers of the Water Resources Department got the work executed without extension of the contract term. “The term of the contract was granted extension in October 2022, after the Margao MLA Digamber Kamat defected into the BJP.

Coutinho informed that written complaints were filed not only before the Executive Engineer and Chief Engineer of WRD, but also before the Hon’ble Chief Minister Dr. Pramod Sawant, and WRD Minister Mr. Subash Shirodkar on 26th April 2022, but not action was taken by either of them.

In the month of June the Chief Minister Dr. Pramod Sawant had made an appeal to the public and the NGO’s, to discuss matters with the government before filing cases, as lots of public funds are lost in legally defending these matters in courts.