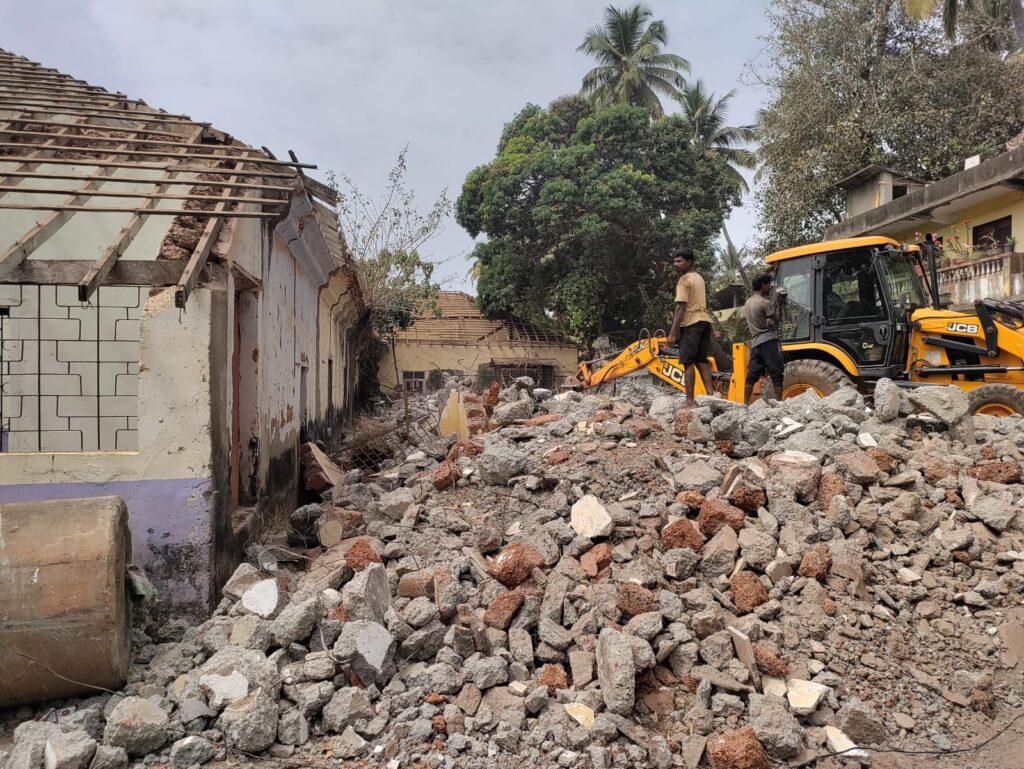 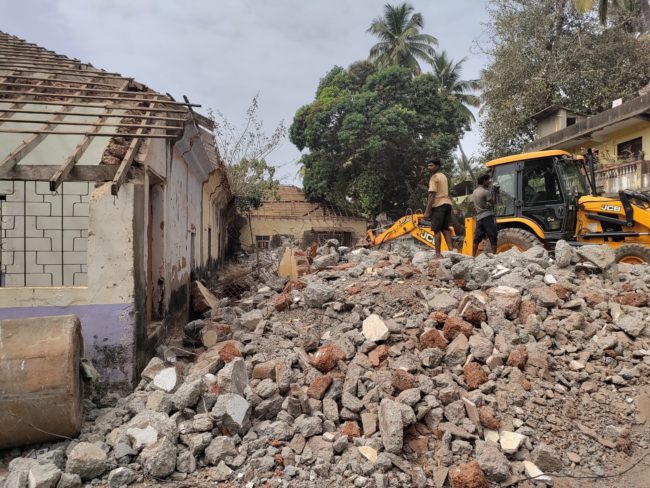 CANACONA: After an axe falls on the Portuguese era roof of Camara building, an earthmover is having tough time to bring down the strong walls, which once also housed Canacona’s magistrate office.

Incidentally, the demolition party took up the left side rear portion of the first and longest serving portuguese era building, where Taluka’s Library was housed. While the roof tiles have been removed from the entire building, and wooden planks are also accordingly dismantled, only the left-side rear back of the Camara building is presently brought down using an earthmover.

The heavy machinery will be utilised now to bring down the rear right side, which had housed municipal storerooms, Office of Land Survey and Records, besides Office of Canacona Patrakar Sangh, informed a worker at the site.

The working party further informed, once the wooden planks of roof timber is removed the building portions which previously housed CMC Chairperson Cabin on one side and Chief Officers cabin on other side will be taken up for demolition.

The materials and techniques used for constructing this portuguese regime building was best, the decorations and furnishings were unique in quality and are beleived long lasting quality. The walls were also built out of red laterite stones and mud and high quality wood for roofing besides the Mangalorean roof-tiles.

It may be recalled that GSUDA has taken up to construct two-storey administrative-cum-commercial building for Canacona municipality at an approximate cost of around 11 Crores at the same place where a Portuguese era building is existing, which initially housed Nagorcem-Palolem Panchayat which was upgraded to a municipality and also Canacona Mamlatdar office initially functioned from the same building.