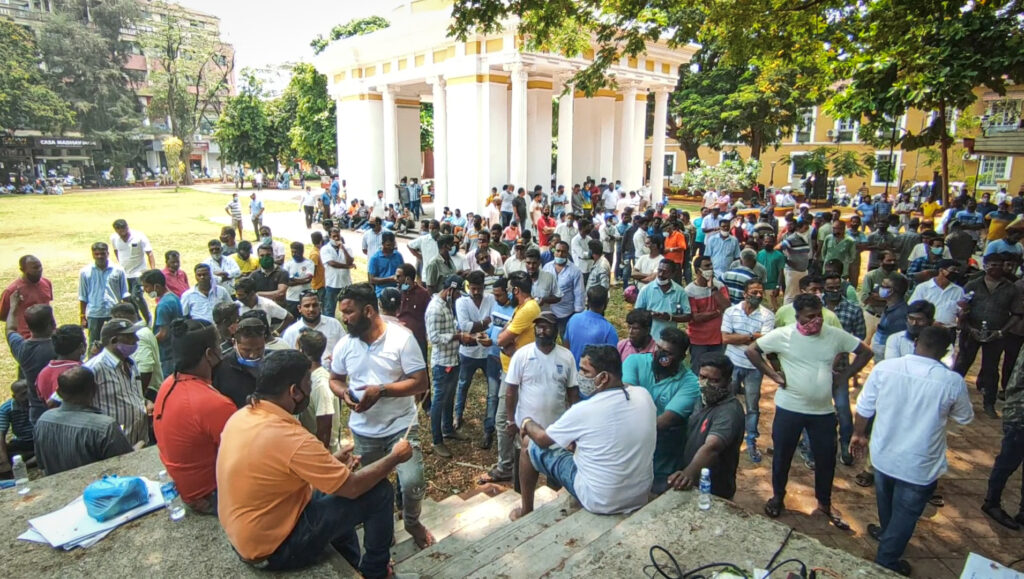 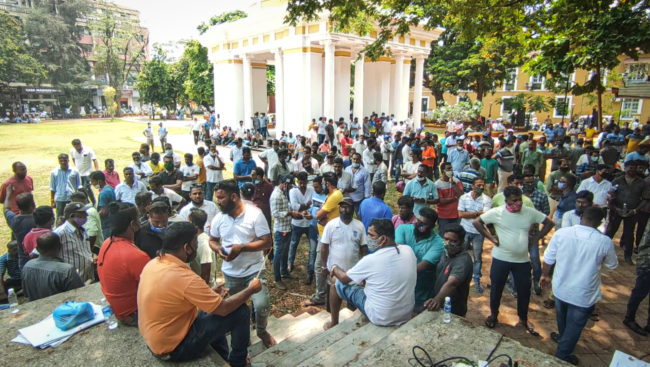 PANAJI: All Goa Taxi Operators today have commenced their indefinite Goa wide agitation from today demanding scrapping of Goa Miles app based taxi aggregator service.
Large number of taxi operators gathered at Azad Maidan in Panaji in protest. The operators resolved to continue their agitation till government would pay heed to their demands.
Tourists visiting the state have been affected due to this disruption in taxi service.
He said the taxi owners are demanding ban on the rent-a-car and rent-a-bike business which has adversely affected the traditional taxi business in this tourist state.
Goa receives around 50 lakh tourists annually.
Due to the strike today, the tourists were seen stranded at state’s lone Dabolim airport, various railway stations and bus stands.
Hotels had managed to provide pick-up and drop service to their guests by arranging buses.
The taxi operators have warned that if the state government does not adhere to their demands, the strike would continue for an indefinite period.
Meanwhile, CM said that the taxi operators issue will be resolved soon. They will be called for discussion, he added.
Taxis in Goa will soon have digital meters, state transport minister Mauvin Godinho said on Wednesday. Describing Goa’s taxi drivers as the “real ambassadors of the tourism industry”, Godinho said the installation of the metres will begin in a fortnight.
For the first six months, the state government will bear the cost of installing the meters, in about 20,000 taxis, which will cost Rs 34 crore, he said. The move is aimed at not burdening taxi drivers “suffering because of steep rise in fuel prices”, he said.