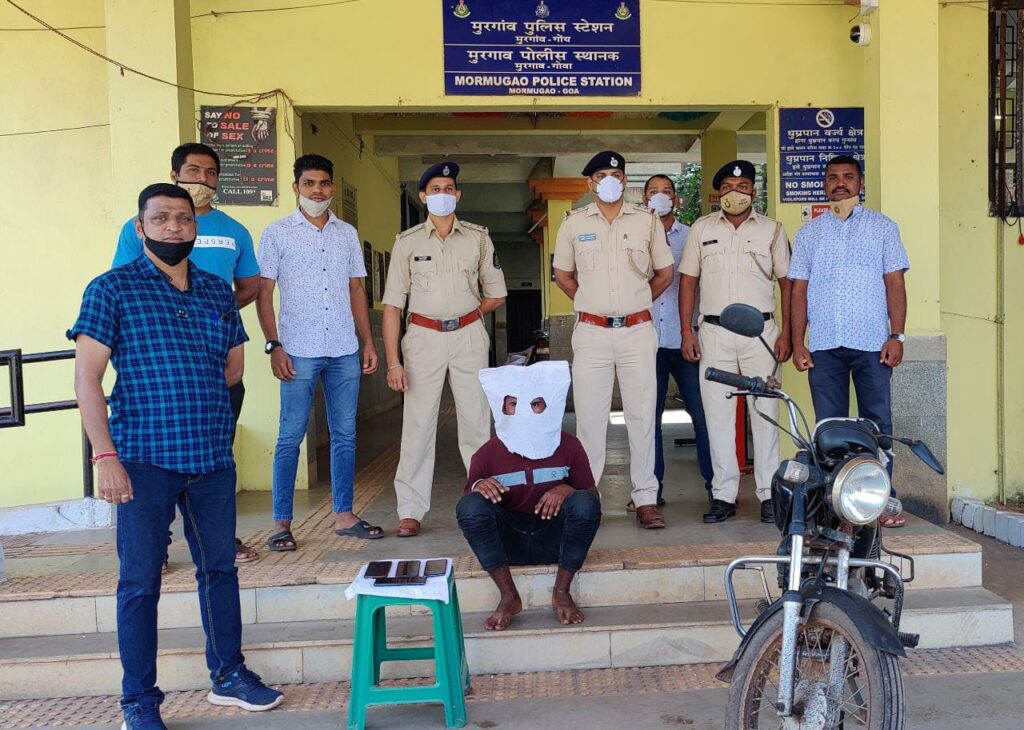 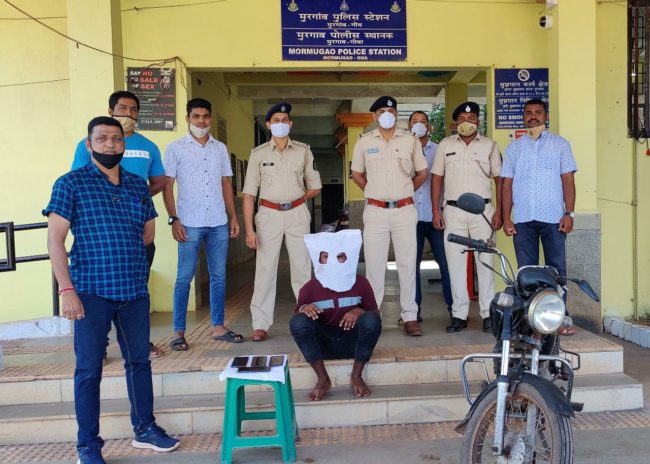 MORMUGAO: Mormugao Police has arrested an Uttar Pradesh native for theft of four mobile handsets and one bike worth Rs 1 lakh.
As per information, the accused has been identified as Vikas Kumar Saroj (22), a native of Uttar Pradesh (U.P.).
According to Mormugao Police, PSI Aditya Naik Gaonkar and the staff were patrolling caught one 22-year-old youth Vikas Kumar Saroj on a CD Dawn Honda bike without a number plate during the investigation; they found vehicle robbed and four stolen mobiles have been recovered from him.
It is learnt that the accused is involved in theft cases in Vasco police station jurisdiction, so accuse will be handed over to Vasco police.
The accused has been arrested under section U/s 41. Further investigation is going on by PSI Aditya Naik Gaonkar Mormugao Police station.