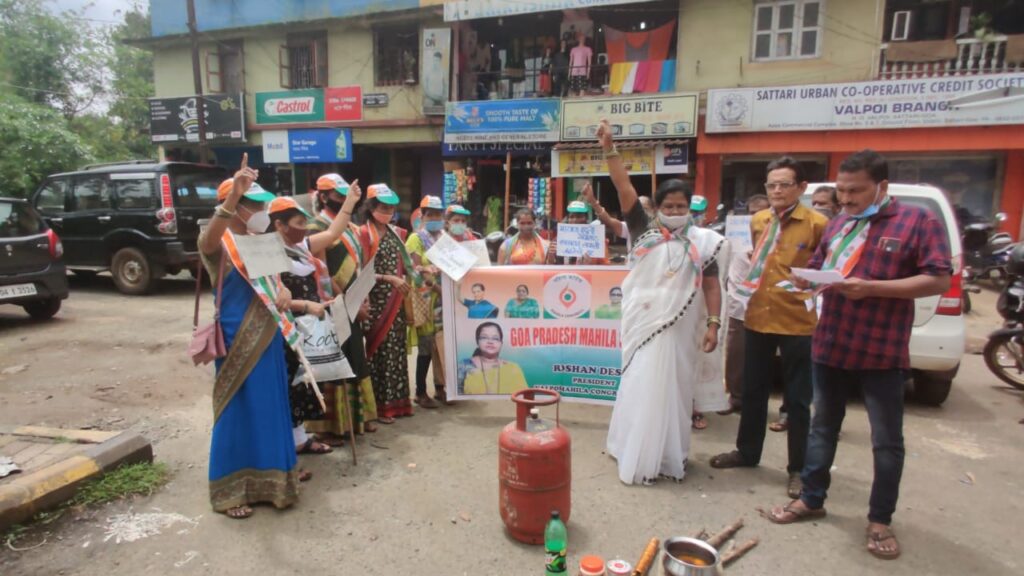 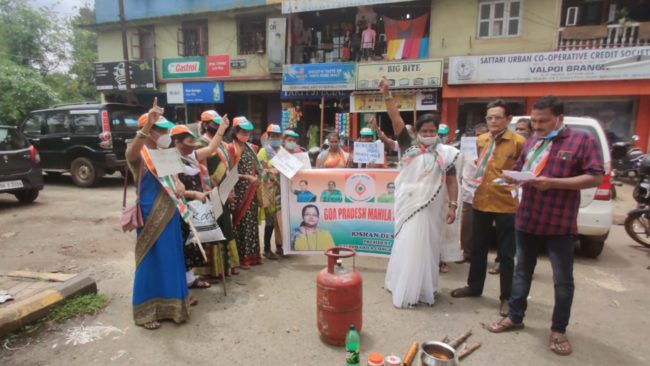 Goemkarponn desk
VALPOI: The Valpoi Mahila Congress organized a morcha to protest against the rising fuel prices in the State and the country.
The Valpoi Mahila Congress president Roshan Desai said that rising LPG prices have broken the common man’s back.
“If Modi gives us poison, we will have no option but to drink it,” she said.
The protestors showed their opposition by making tea on a kerosene stove.
Many women from Valpoi and surrounding areas participated in the protest in front of the Appa Commercial Complex.
Speaking on occasion, Roshan Desai said that LPG prices have been steadily rising since the BJP government came to power.
“This has made the situation very difficult for commoners. The Modi government, which promised Acche Din, has rubbed salt on the wounds of the ordinary people,” she stated.
She said the PM Modi government has completely forgotten about the problems of the common man.
“It is really a matter of regret that such government is voted by the people,” she said.
Desai demanded that the government consider the common man’s problems and withdraw the hike immediately.
Speaking to reporters here, Desai said that the Valpoi Women’s Congress would organize various activities in the coming days to create awareness in society.