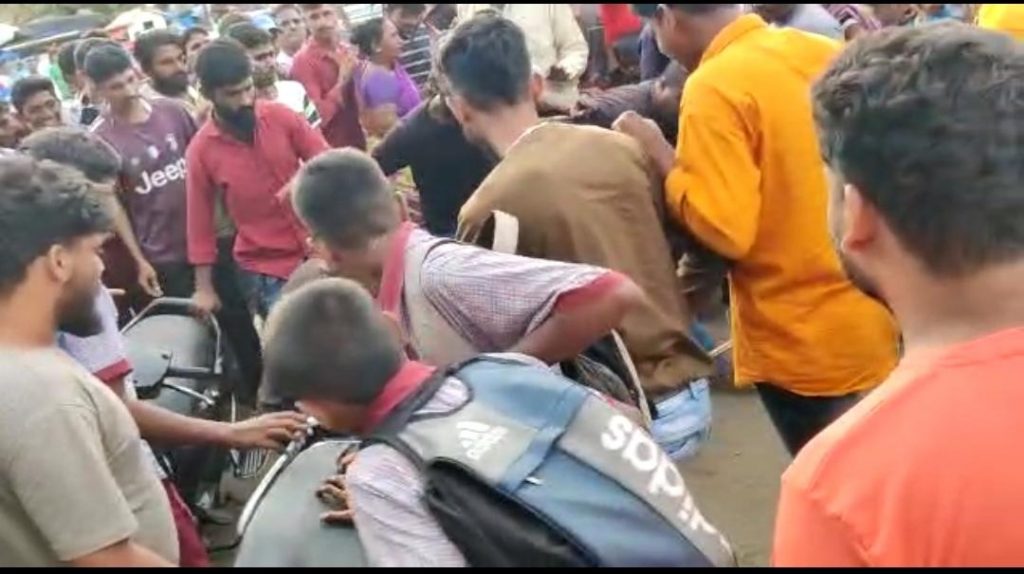 Goemkarponn desk
VASCO: Vasco Police today registered an offence and arrested three persons for assaulting a mentally disabled person.
The three persons for allegedly thrashing a mentally unstable person in the port town of Vasco, suspecting him to be a child lifter.
Police Inspector Kapil Nayak informed that Saudagar Rain (25), Basvraj Rathod (32), and Anwar Kaliger (26) were arrested in this connection.
However, the police later clarified that the man was not a child lifter and that he was hospitalised after the incident. Vasco police said that the man had been admitted to the Institute of Psychiatry and Human Behaviour (IPHB).
Vasco police had registered an Offence under the Disability act against unknown persons for assaulting a mentality disabled person at Khariwado Vasco. The police identified the three accused in the viral video where a group was seen assaulting a mentally challenged man on charges of kidnapping.
Goa Police on Wednesday assured the public that no such incident had taken place.
“Some schools are issuing advisories on the basis of incidents of attempted kidnappings. It is clarified that no such incidents have been reported, and there is no such trend. While it is important to take precaution, we advise all to not believe in rumours as they might cause panic,” Goa DGP Jaspal Singh had tweeted.