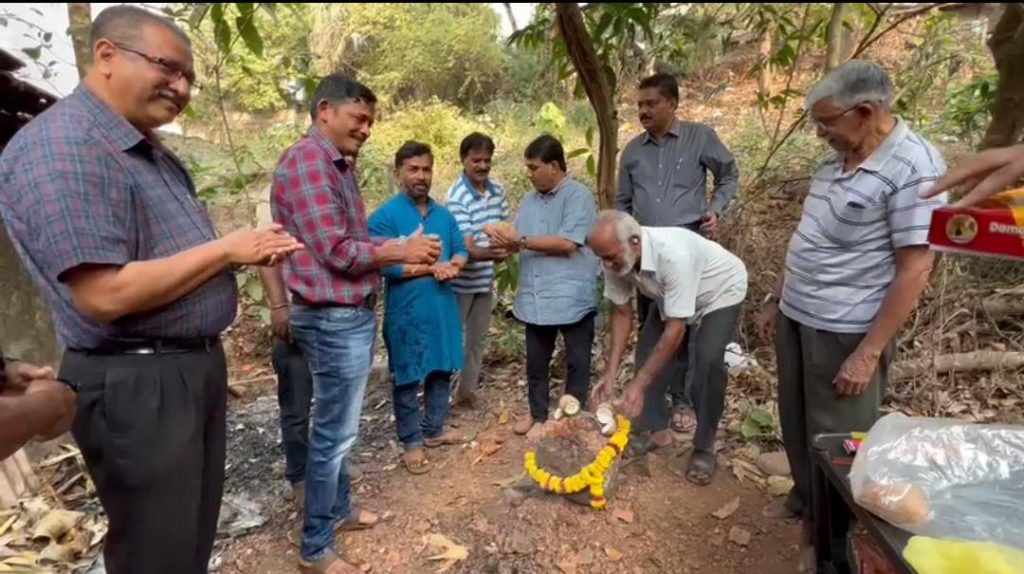 VASCO: Works on the long-pending retaining wall at Mangor hill was finally launched at the hands of Vasco MLA Krishna Salkar on Tuesday morning.
Salkar speaking to reporters after the launching of works, said that works on the covering of the Nullah would also begin in the next six months.
“This was a very long pending demand of the people who faced a lot of inconveniences because the mud from the hillock would flow downwards and, most of the time, fall in the Nullah below and choke it. The retaining wall will be 56 metres in length and is taken under the WRD department, and we are also working on the road next to the Nullah. We have already put a proposal to the WRD for covering the Nullah, and the estimates are prepared already,” he said.
Salkar added the work on covering the Nullah will also begin in six months.
“There are many more issues in this ward, and we will soon clear those issues one by one. We are trying to work on the overall development of Vasco constituency, and works small and big are taken across all wards,” said Salkar.