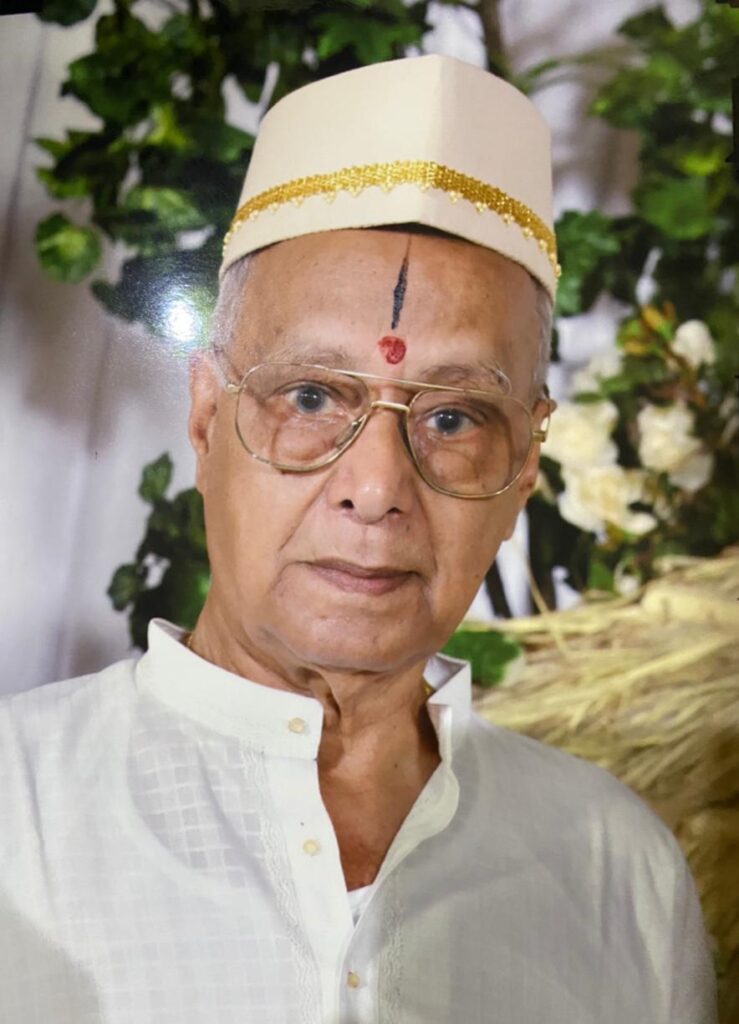 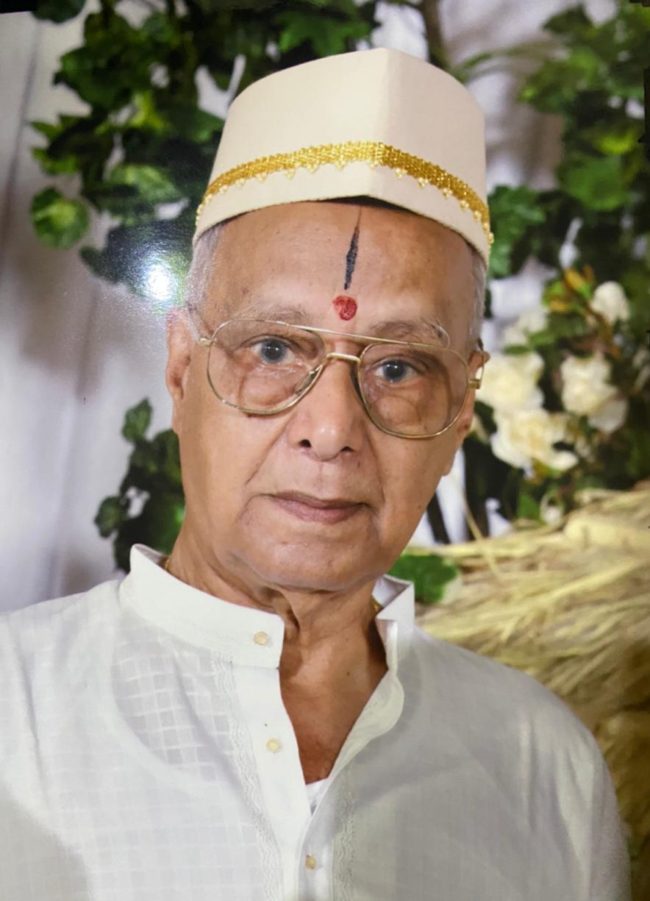 Margao – Vithaldas Yeshwant Pai Kakode, 89 years passed away today at Margao after brief illness. He was cremated on the same day.

Born in Cuncolim, he settled in Margao in 1968. He was business partner of M/s Keshav Sinai Kunde and Company. He was also past president of Shree Mahalasa Saunsthan, Mardol. He was past member of Rotary Club of Margao and also one of the founder members of Margao Cricket Club.