We want that MGP should be a part of Congress-led govt: Dinesh Gundu Rao 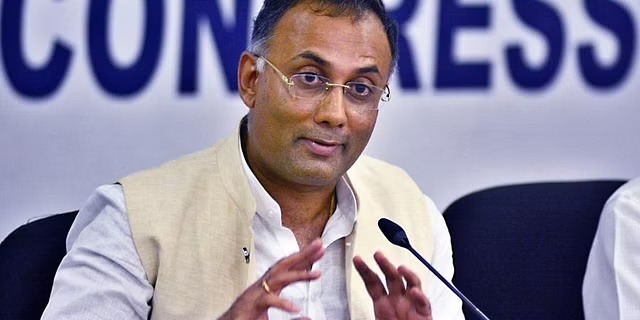 PANAJI: Congress Goa Desk Incharge Dinesh Gundu Rao said he welcomes MGP for a post-poll alliance with our party to form the next government.
“We are ready to welcome MGP on board; we want that MGP should be a part of the Congress-led government,” said Rao speaking to reporters.
He further said that TMC and AAP are too welcomed, but their leaders and high commands were up to them.
“We reviewed the political situation in Goa and discussed strategies for the post-election scenario with us. I, along with K.C. Venugopal, P Chidambaram, Digambar Kamat, and Girish Chodankar, attended the meeting in Delhi,” he said.
After the final result is out, Rao said the Congress Legislature Party will waste no time electing its leader. “If Congress gets a majority, we will stake claim to form a government the same day”, he said.
The Congress had won 17 seats in the 2017 state Assembly elections, while the BJP bagged 13. But, the saffron party formed the government by quickly forging an alliance with some other parties and independents. Over the last five years, a number of Congress MLAs quit the party, and its strength in the House was reduced to two.