Will follow Gandhiji, Shastriji’s ideologies in our roadmap ahead: Patkar 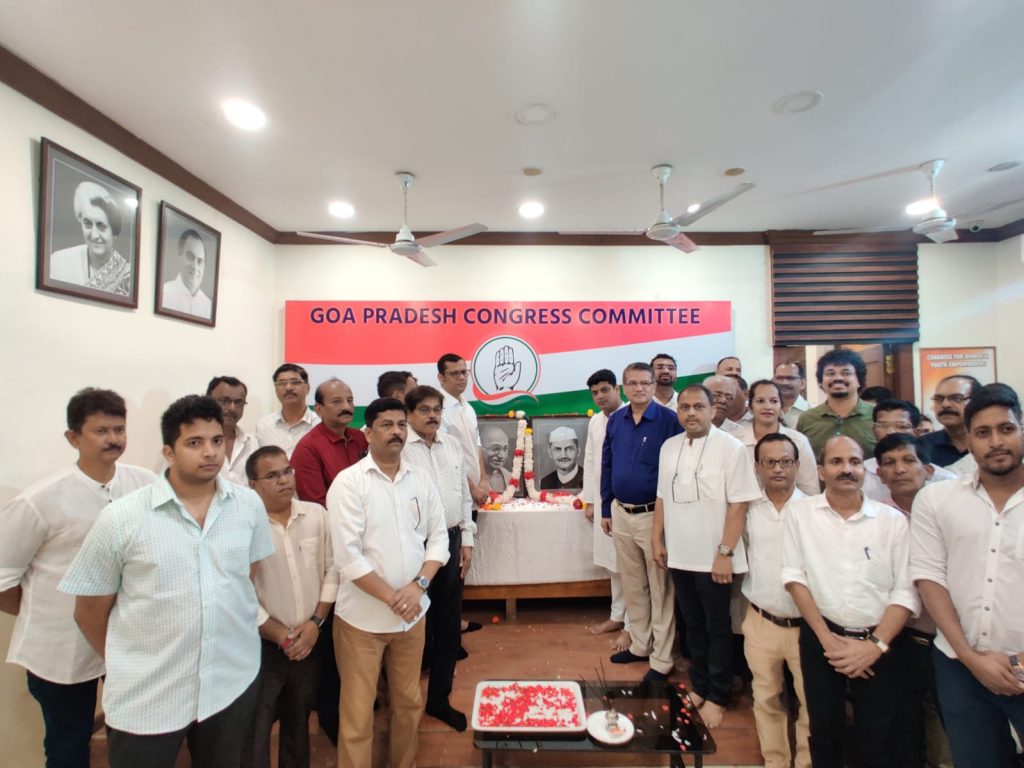 Goemkarponn desk
PANAJI: “Mahatma Gandhi and former Prime Minister of India Lal Bahadur Shastri always adopted the path of truth, non-violence & simplicity. Both great leaders gave their contributions to the making of India. We will follow their ideology in our roadmap ahead,” said Goa Pradesh Congress Committee president Amit Patkar.
He was speaking at the Gandhi Jayanti and Shastri Jayanti Celebrations at Congress House, which was attended by Leader of Opposition Yuri Alemao, Aldona MLA Adv. Carlos Alvares Ferreira, Senior Vice President M K Shaikh, former Deputy Speaker Shambhu Bhau Bandekar and others.
“Our leader Rahul Gandhi is walking from Kanyakumari to Kashmir with his “Bharat Jodo Yatra”. This Yatra is to unite India as per the teachings of Mahatma Gandhi. We should support the Yatra to ensure India remains one,” Amit Patkar said.
Patkar said that it is most unfortunate that the insensitive Government of Goa announced 5 per cent hike in Water Tariff on the eve of Gandhi Jayanti.
“Mahatma Gandhi & Lal Bahadur Shastribdedicated their life to help and uplift the downtrodden. We must come together and fight for the rights of the poor. This will be a real tribute to the great leaders,” said Leader of Opposition Yuri Alemao.
Former Deputy Speaker Shambhu Bhau Bandekar, Senior Vice President M K Shaikh, and Media Cell Chairman Amarnath Panjikar also spoke on occasion and paid their tributes to Mahatma Gandhi. Congress leader Vijai Bhike compeered the function while Arch. Tulio De Souza proposed the vote of thanks.
Earlier, Floral tributes were paid to the photos of Father of Nation Mahatma Gandhi and former Prime Minister of India Lal Bahadur Shastri.