Will work towards protecting rights of locals: RGP Chief

Will be meeting regional party leaders from other states to understand various policies, says Parab 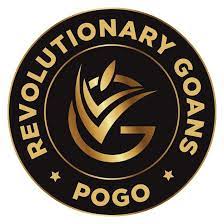 Goemkarponn desk
PANAJI: Revolutionary Goans Party (RGP) President Manoj Parab today said that he will be meeting regional party leaders from across the country in a bid to understand various policies.
“I have met MNS Chief Raj Thackeray and Maharashtra CM Eknath Shinde to understand various policies they have implemented for the people,” said Parab.
He further said that he discussed the rights of Locals in the state and briefed Raj about our Party work for locals.
“Meetings with Top regional party leaders will continue. RGP will work to protect the rights of Locals in Goa,” he added.
The RGP Chief also said his party will not compromise on their ideology and will fight to bring in the Persons of Goan Origin (POGO) Bill.
“I am again telling all Goans that RGP is not the B team of any political party. RGP is the only opposition to BJP in the 2027 Goa Assembly Elections,” he added.
Parab also refuted rumours of his visit linked to taking money of any sort.
“We gained a lot of input on the working style of those regional parties and the good work they are doing for the people,” he said.
Meanwhile, RGP charged the government, stating that they do not want to pass POGO Bill as they want to give jobs to non-Goans based on the 15-year residence certificate.
RG Chief also alleged that the BJP government is only interested in playing vote bank politics by giving jobs to non-Goans.