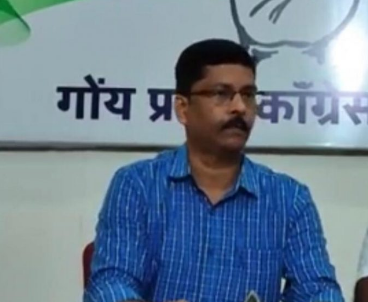 It is shocking that the defective Chief Minister did not even leave his own birthday to take the opportunity to display his defects. The publicity stunt of the Dr. Pramod Sawant once again exposed the pro-capitalist and corrupt agenda of the BJP stated Amarnath Panjikar.

The birthday wishes came from none other than Casino Baron, Beach Cleaning Contractor and many others some of them even from Maharashtra, which exposed Chief Ministers connections. People are smart enough to connect the links said Amarnath Panjikar.

It would have been more appropriate if the Chief Minister had helped the Goan newspapers and electronic media with advertisements spreading awareness on Covid. The publicity hungry Dr. Pramod Sawant tried to imitate PM Narendra Modi who is also obsessed with cheap publicity and self glorification.

Dr. Pramod Sawant must realise that the fake mask of jumalas launched by BJP has fallen now and the true face of greedy BJP is before the public. Cosmetic makeovers by way of publicity gimmicks will not work any more. Days of BJP government in Goa are numbered stated Amarnath Panjikar.