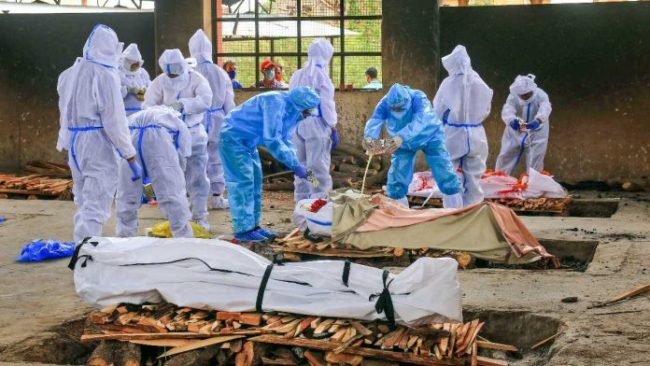 Goemkarponn desk
PANAJI: As COVID19 claimed another 21 victims on Thursday, the State government approved the vaccination of above 18 citizen from May 1 and has granted approval for purchase of 5 lakh doses.
A note from Vikas S. N. Gaunekar Additional Secretary (Health) to to Directorate of Health says, “I am pleased to convey herewith Government approval to provide COVID vaccine doses to all population in the age group 18-45 through the State Government free of cost.”
It further says that initially, the Government has approved to purchase 5 lakh doses of COVISHIELD from Serum Institute as per Government of India policy at the declared price.
“You are directed to immediately to place the Order and put up for approval of the Cabinet,” it says.
Meanwhile, the death toll does not seem to come down with 21 more succumbing to the dreaded virus on Thursday.
As per the bulletin 11 death’s were at GMC and 08 death’s at SGDH while 02 patients were brought dead to Asilo.
Six victims had no co-morbid conditions, eight were females and 13 were males.