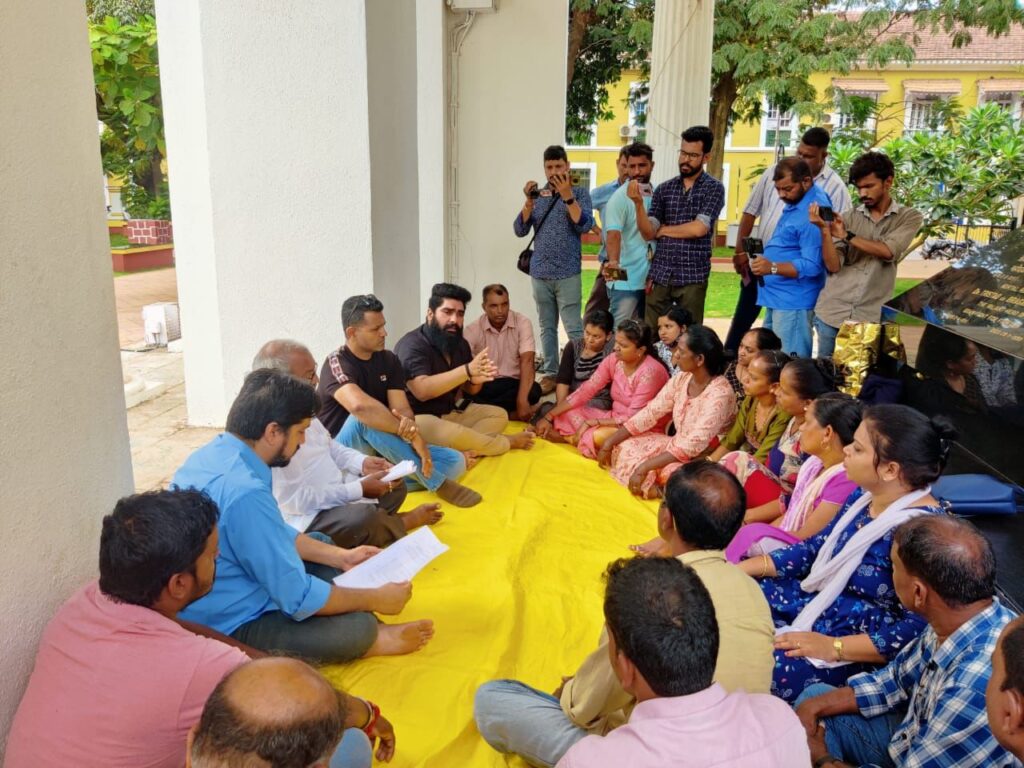 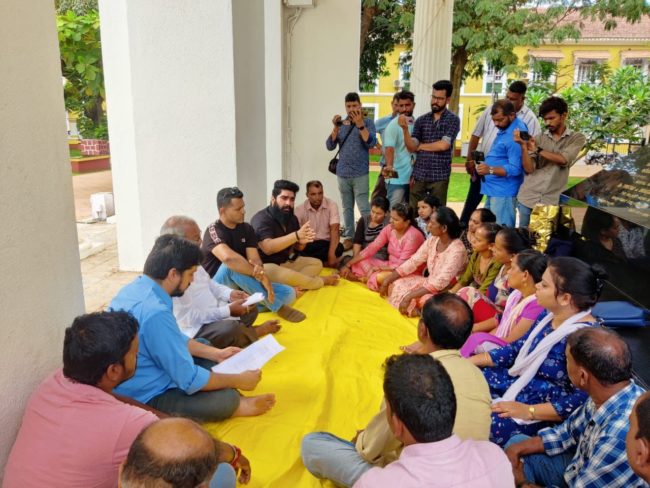 Panaji: The Aam Aadmi Party on Friday expressed its solidarity with the protesting patient care attendants (PCAs) of the Institute of Psychiatry and Human Behaviour (IPHB) hospital, which is part of GMC, Bambolim.

AAP leader Puti Gaonkar, has given the government a seven-day deadline to renew their contracts. If not, he claimed, the AAP will embark on an indefinite hunger strike.

As many as 28 PCAs, who had worked on contract basis at the IPHB for over nine years, staged a protest at Azad Maidan in Panaji after they were reportedly asked not to report to work as their contract has expired and not renewed by the concerned authorities.

While addressing the media Valmiki Naik said, “Over the last nine years, 28 PCAs have worked on a contract basis, including during the peak of the COVID-19 outbreak, risking their lives. Instead of regularizing their services, the government has replaced them with a new batch of PCAs”.

Adding he said, “The AAP announced the immediate regularisation of 35 thousand contract workers after forming the government in Punjab. Contractual employees in Goa, on the other hand, have begun to stage protests. This is how the AAP differs from the BJP. Unlike the BJP government, which wants to fill its pockets, the AAP government wants to serve the people”.

Gaonkar said that the AAP party will stand in support of the PCAs and fight with the government to ensure that they get justice.
He has given the government a seven-day deadline to renew their contracts. If not, he claimed, the AAP will embark on an indefinite hunger strike.