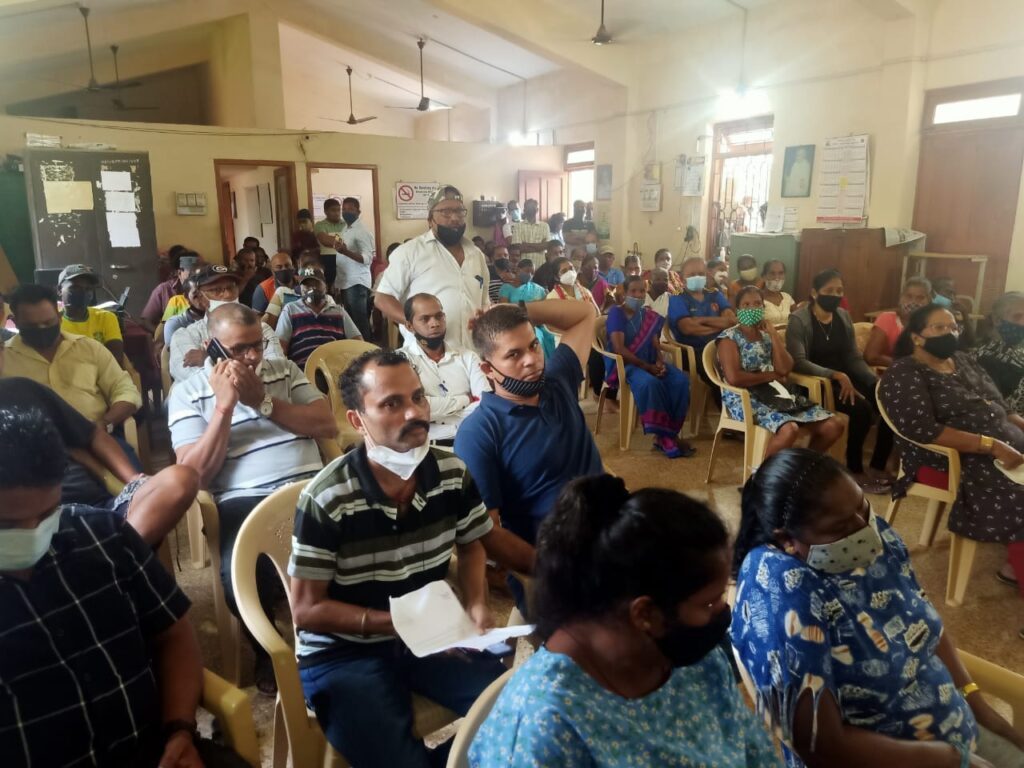 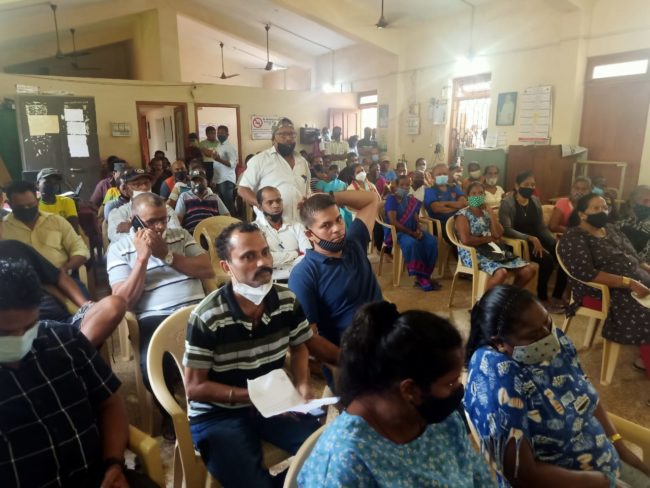 Goemkarponn desk
CURCHOREM: On Sunday, the Avedem gram sabha reiterated its opposition to the Adinco factory.
The villagers also questioned the local sarpanch regarding the past resolution taken by the panchayat opposing the Adinco factory extension project and the declaration of the area of the existing factory as an industrial zone.
The villagers also demanded to know whether the panchayat had made letters to the Chief Town Planner, Town and Country Planning Department, Panaji- and to the Chairman, Quepem Taluka Level committee.
Savio Afonso local from Awadem asked how come the area was converted as an industrial zone?
Solomon Diniz, the owner of the Adinco factory, was present for the gram sabha meeting.
He said that some people are spreading rumours saying that the factory will cause air pollution, but in reality, it will not affect the air quality of the surrounding area.
He said that all the workers working in the factory are Goans, and migrants will not be employed in his factory. He also said that those concerned about the factory and its existence can make a visit to the factory and get their doubts cleared.
While villagers, Franky Fernandes replied that villagers never said that factory is causing air pollution, he explained to him by saying villagers have concerns regarding the groundwater pollution and pollution in nearby water bodies caused by the factory.
He also questioned whether the owner had obtained any pollution clearance certificate from the concerned department.
Franky Fernandes also questioned the owner if Goans are employed in your factory, then why he has asked for a permission to build industrial workers housing? Do we Goans need accommodation in the Industrial area?
He also questioned the owner regarding his statement about making a visit to his factory to clarify doubts regarding the concerns of the villagers, saying when the panchayat authorities went to make a notified inspection, the gates of the Adinco factory were locked, and the authorities were unable to do the inspection.
He also mentioned to him that the villagers don’t have any objection to the existing Adinco factory. However, there are illegalities, but the villagers condemn the further extension of the factory and the declaration of the industrial zone in the village area.
Sarpanch Avadem panchayat Alleluia Afonso said that the declaration of the Industrial zone in the village area was after the technical approval given by Town and Country Planning, Quepem.
“The file sent to panchayat said that there is no technical lapse, and the owner provided proper documentation,” he said.