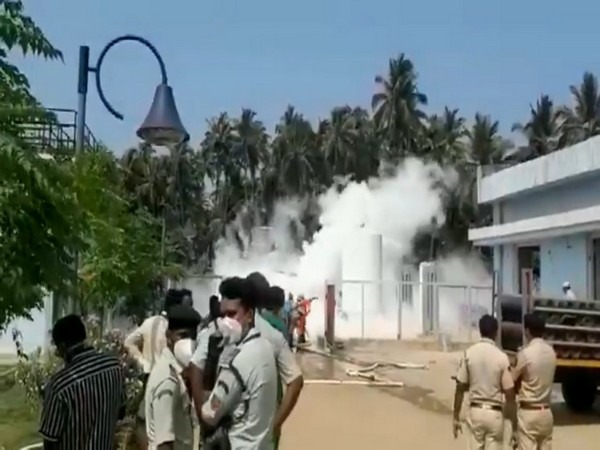 PANAJI: Holding State Administration & Goa Medical College and Hospital (GMC) accountable for death of COVID- 19 patients, the Bombay High Court at Goa today said “Enough is Enough”.
Further taking serious note of the fact that large number of patients succumbed to virus from midnight to wee hours, the division bench has directed the State government and GMC to ensure ‘today’ & ‘tomorrow’ night there are no deaths of COVID-19 patients due to lack of oxygen supply.
“Tonight is a testing time,” the Court said pointing out that Article 21 is completely violated if people die due to lack of Oxygen.
Court said that we are not here to conduct post mortem or blame anyone at this point of time regarding past deaths, our priority is no one dies now onwards; says blame game can be played later.
The Court strongly pulled up GMC Dean Dr Shivanand Bandekar for failing to file detail affidavit on the requirements and supply of oxygen to covid patients. The Dean was later made to be present for the virtual hearing which went on for nearly two and half hours before being adjourned for Wednesday.
“Enough is enough! Sometimes authority says there is enough oxygen but there are logistical constraints like empty cylinders, trollies, and transportation; now when some additional empty cylinders are being made available, then the same authority says there is not enough oxygen available for additional cylinders,” Court observed.
GMC Dean Dr Shivanand Bandekar, who immediately appeared for he hearing, admitted that there is shortage of beds & oxygen supply in GMC.
He said that for 1000 covid patients only 700 beds & 160 patients on piped oxygen while 320 are on cylinder oxygen.
GMC Nodal Officer Dr Khandeparkar, responding on behalf of Dean, admits before HC shortage of oxygen supply. Said that yesterday 400 oxygen cylinder were in shortfall for COVID patients. He said that by 2pm, the cylinder requirement is 500.
He said that to ensure no death due to Lack of oxygen, govt has to arrange 500 jumbo oxygen cylinders by 2pm today, another 250 within 8 hours at 10pm, and another 250 cylinders by 6am. So also, 80 trolleys every 20 minutes for next 24 hours , starting at 2pm today.
The Court questioned Dean and Nodal officer for the reason why deaths happen between 2-6 am to which Dean answers saying patients who are on pipe oxygen are critical to critical patients and they need continuous oxygen and GMC has HFNOs but not using it as it consumes lots of oxygen.
To this, HC rapped Dean for not using HFNOs and said that if the patients are in need and dand than the hospital cannot deny it.

Meanwhile, the Court praised the work of medical fraternity stating “you all living by Hippocratic Oath. You have gone beyond call of duty and done so much for the State”.
The Court also appreciated the efforts put in by the Rotary club, NGOs, volunteer to save lives of the people and called on other intervener NGOs to make Oxygen cylinders available if possible.