Finally, children of FF get orders of Govt jobs 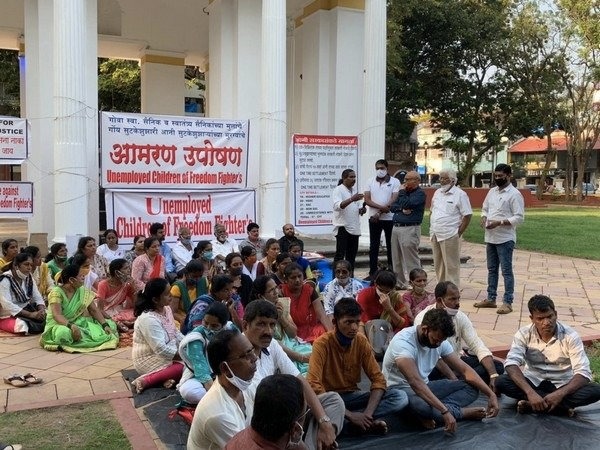 Goemkarponn desk
PANAJI: Through the Department of Personnel and Home Department, the Government distributed recommendation orders of government Jobs to 115 beneficiaries at a function held at Secretariat Porvorim today. These orders were issued under the Social Security Scheme implemented by the Government in the interest of those who have lost their earning member while serving in Government Departments and under the CFF (Children of Freedom Fighters).
55 beneficiaries were given the letter under the Social Security Scheme, and 60 CFF Children of freedom fighters beneficiaries.
Chief Minister Dr Pramod Sawant, who distributed the orders speaking on occasion, said that while celebrating the 60 years of Goa’s liberation, the Government is constantly working to resolve various issues concerning society.
He said, today we are distributing 60 orders of Government jobs to children of Freedom fighters.
He informed that a list of 160 candidates is still pending, and from this, the Government will provide more 15 orders of Government Jobs to the beneficiaries soon, and the remaining 140 beneficiaries will also get the orders in the next six months.
Speaking further, he said that we have provided 92 offer letters to beneficiaries under the compassionate ground till now, and today we are offering 55 letters to beneficiaries.
All the postings are considered against available posts considering seniority, education qualification, category etc.
The Chief Minister exhorted the beneficiaries not to forget their job at the cost of their family members. He said, those who have got this opportunity as children of freedom fighters don’t think that you have got these jobs very easily.
Still, due to the sacrifice of your parents and their struggle during the Goa liberation movement and taking this aspect into account, we have felicitated 5 freedom fighters on the occasion of the 60th anniversary of Goa’s liberation. He advised them to value their job and work sincerely and dedicatedly.
Special Secretary Home Smt. Ankita Anand IAS and Joint Secretary personnel Smt. Meghana Shetgaonkar were present on occasion.