Getting parking space is a UPHILL TASK in Ponda City 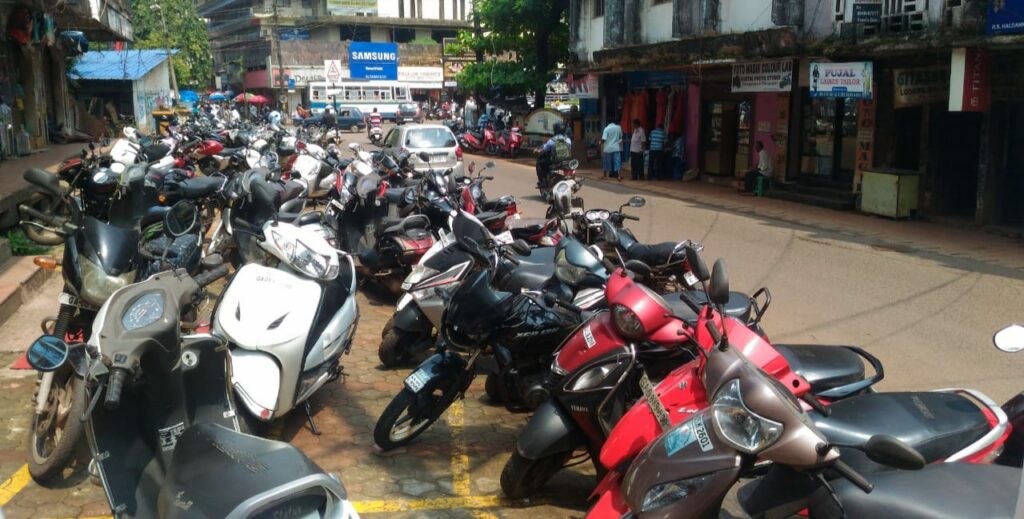 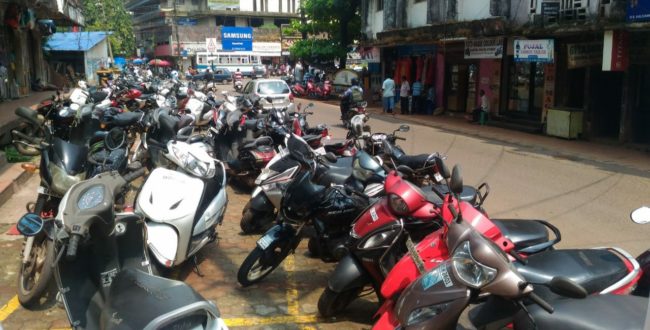 Goemkarponn desk
PONDA: Getting parking space is a difficult task in Ponda City due to limited parking spaces. Locals witnessed this during Chaturthi shopping and demanded that PMC create more parking spaces to solve parking problems.
It is often said that in Ponda City, one would easily get an apartment to buy but not the parking space. It is true because compared to several buildings, there are few parking spaces in Ponda City.
The Ponda City and Market almost turned into a concrete jungle due to the rise of towering buildings with residential and commercial establishments.
The City roads are too wide, but most of them are occupied by cars and other vehicles.
Thus, the people coming to Ponda City from various parts of Ponda Taluka often struggle to get parking space right from Government Complex Building at Tisk Ponda to City Bus Stand. The roadsides are fully occupied with parking, making them narrow causing traffic congestion. To add to this, ongoing sewerage work is also adding to the problem.
Pondaitees faces a significant problem with parking space, especially at Ponda Main Market, near SBI, Dada Vaidya Chowk, near Government Complex Building at Tisk Ponda, etc.
Though PMC has notified parking spaces, they are few and space provided by them at the roadside often falls short; thus, there is a need for more parking space.
Sanjay Naik, a local at Ponda, said people often park their vehicle on the wrong side or available space on the road, but traffic police rush to issue fines.