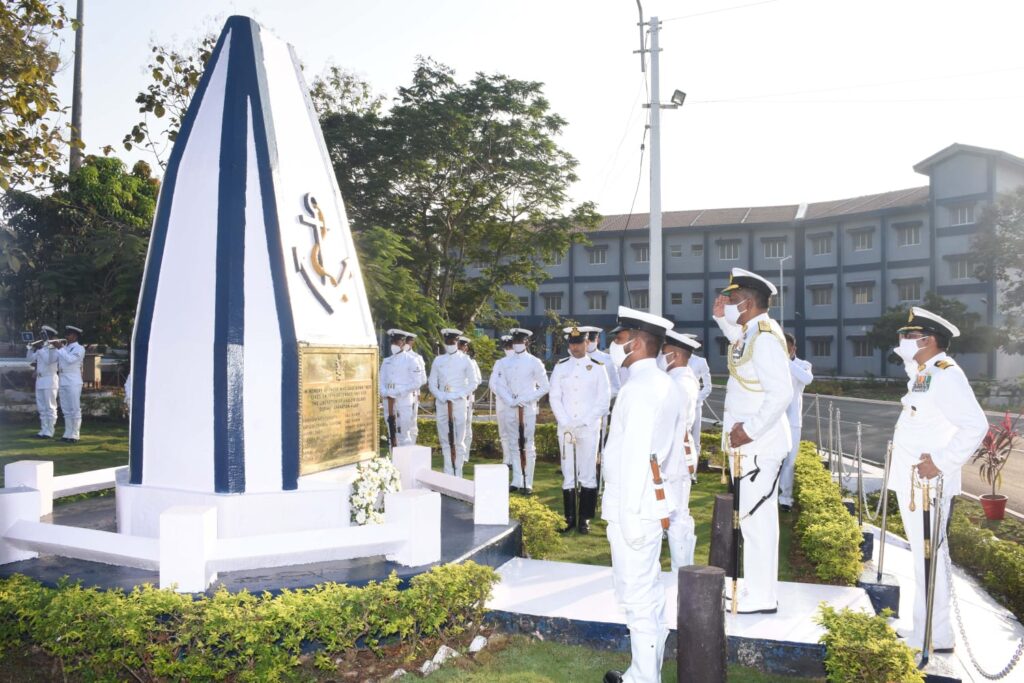 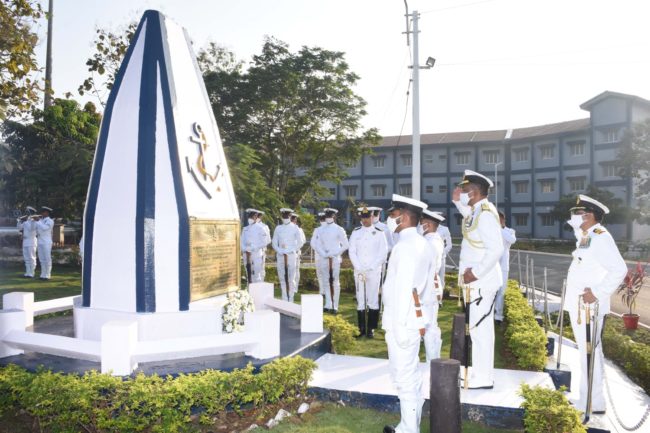 Goemkarponn desk
VASCO: On the Diamond Jubilee occasion of the liberation of Goa, Rear Admiral Philipose G Pynumootil, Flag Officer Commanding Goa Area, laid a wreath at the war memorial at INS Gomantak on 19 December 2021. A ceremonial Guard of Honour was presented, and a two-minute silence was observed as a mark of respect for the supreme sacrifice made by brave sailors of the Navy during the operation that led to the liberation of Goa.
The war memorial at INS Gomantak was constructed in memory of the seven young and gallant sailors that laid down their lives on 18 December 1961 during Op Vijay undertaken by the Indian Navy for the liberation of Anjadip Island and the territories of Goa, Daman and Diu from Portuguese rule.
The ceremony was attended by Commanding Officers and senior officers of naval units at Goa.