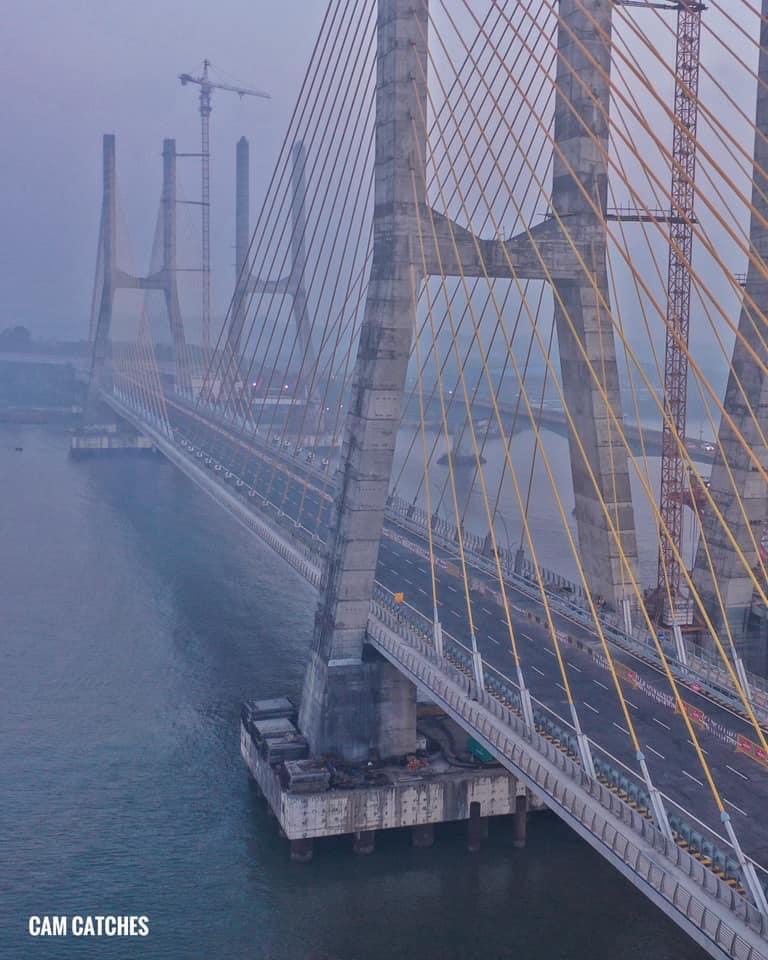 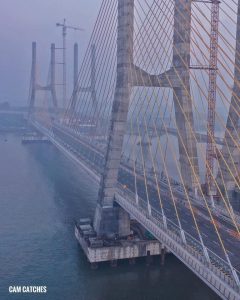 Goemkarponn desk
PANAJI: The Goa Small Industries Association has defended the delay in the inauguration of the new Zuari bridge, saying, “it is worth waiting for Nitin Gadkari, who has supported the small State of Goa in many ways.”
“We heartily congratulate the Government of Goa for the infrastructural development created in this small State. Soon after inaugurating the Greenfield airport at Mopa, in Pernem taluka, at a whopping cost of 3000 crores, which is rightly named after our former Chief Minister and Central Defence Minister Late Manohar Parrikar, the long-awaited Zuari bridge is scheduled to be inaugurated on 29th Dec. 2022,” said GSIA president Damodar Kochkar.
He said that the total length of the Zuari bridge is 13.2 kms while the elevated length is 8.20 km. This is the second largest cable-stayed bridge in the country, and the total project cost is Rs. 2530 crore.
“Though only half the bridge is ready, it will certainly ease the traffic vows of the South Goa commuters,” he said.
He said that many people are upset over the delay in inaugurating this bridge by three more days.
“But we feel it is worth waiting for the availability of Nitin Gadkariji, Minister of Road Transport & Highways of India. Nitin Gadkari ji is the person who has supported this small State in several ways,” he added.
He said that even last time, when GSIA raised the issue of the utility corridor along the National Highway passing through Verna Industrial Estate, Gadkari swiftly sanctioned additional Rs 30 crores for the utility corridor. “Even when there was a fund crisis for completion of our Atal Setu bridge, at our former Chief Minister, Late Manohar Parrikar’s request, Gadkarihad sanctioned funds from the central kitty,” he said.
Also, Kochkar added GSIA would like to express our gratitude and thanks to this bridge contractor M/s Dilip Buildcon for building such a marvellous bridge for our State without creating much inconvenience to the public. “We appreciate the speed of work; inspite of several hurdles, this bridge has been built without many accidents. We all must agree that it was a tough job to execute this work with continuous traffic flow underneath,” he said.