Kejriwal’s guarantees for Women: Griha Aadhar to be increased from ₹1500 to ₹2500 per month, every women above 18 years of age to get ₹1000 per month 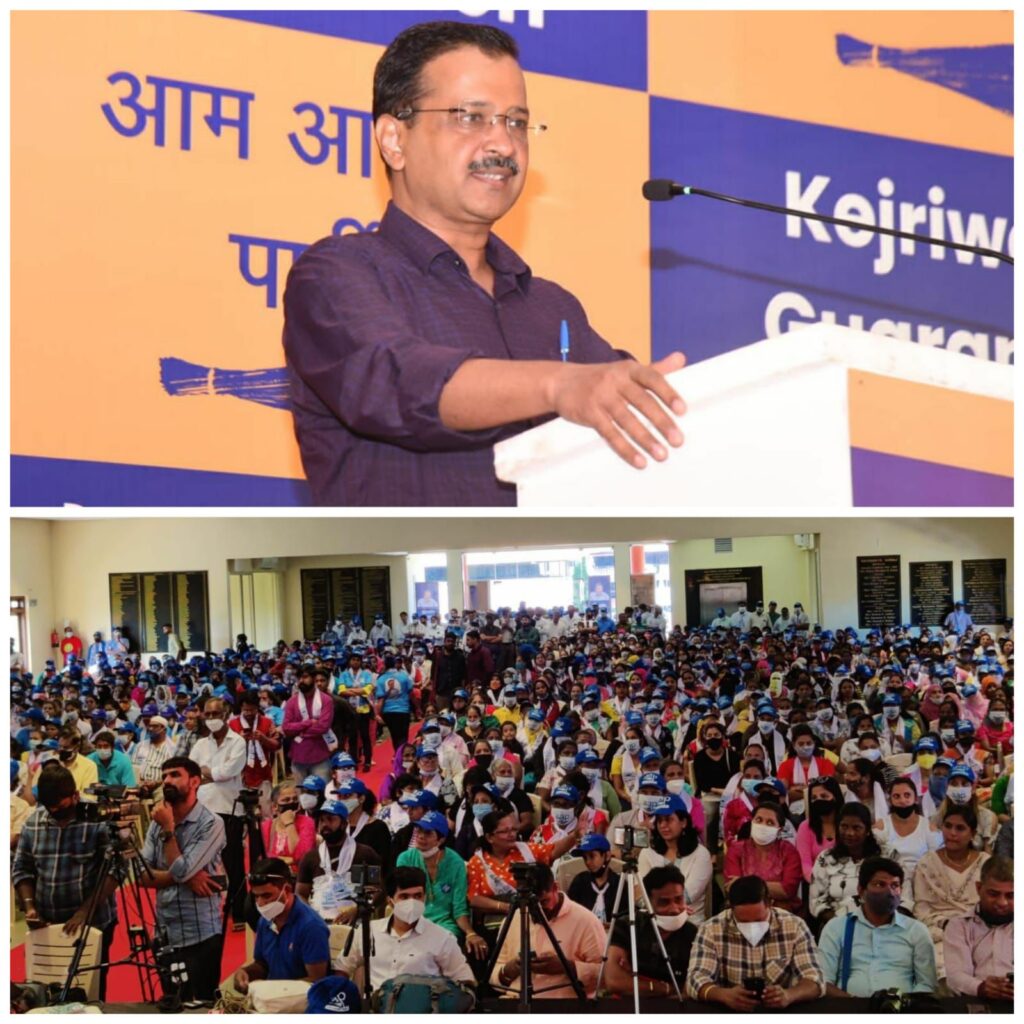 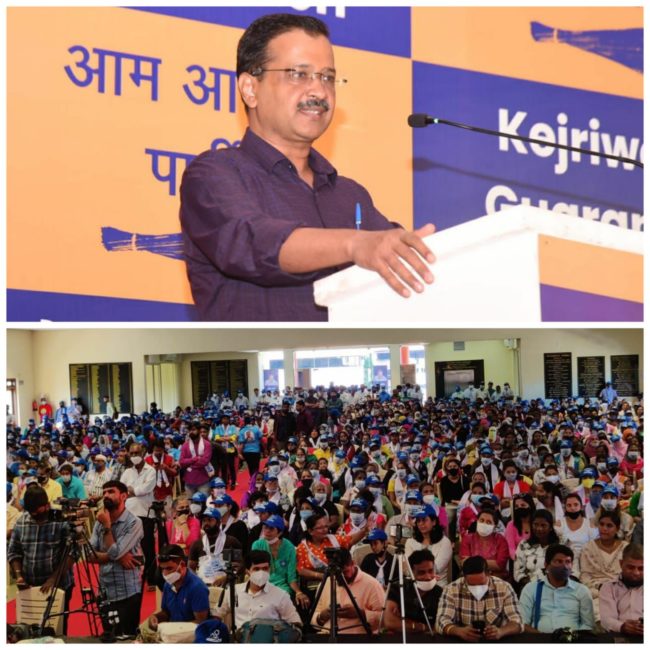 Ahead of the 2022 Assembly elections in Goa, Aam Aadmi Party national convenor and Delhi Chief Minister Arvind Kejriwal on Sunday announced to give ₹1,000 per month to all women above the age of 18 years and that the Griha Aadhar scheme will be increased from Rs 1,200 to Rs 2,500, if the AAP formed the next government in the State.

Terming it as his “fifth guarantee” and the “world’s biggest women empowerment” programme, Kejriwal said “no government in any part of the world” has implemented such a scheme. He said, “What is women empowerment? When women remain financially independent. There is power in money. When women have their own money, they will achieve freedom”.

He further said, “There are young women who can’t attend college because their fathers do not have money. They can go to college with this money. Women have their own small wishes and aspirations but they are financially dependent on their fathers, husbands and brothers. If AAP comes to power, no woman in Goa will have to be financially dependent on their fathers or husbands for small needs. This scheme will empower women financially. Those families who think they have enough money also have the option to opt out of the program”.

The AAP convenor said his opponents will now ask from where the money will come to fund this programme. “I have made this decision very thoughtfully and with full calculation, because what I say I do. Goa’s budget is 22,000 crores; if we eliminate 20 per cent corruption charges from the budget, which is 4000 crores, we can provide 300 units of free electricity, unemployment allowance, free pilgrimage Griha Aadhar, and monthly allowance to all women above the age of 18 years”, Kejriwal said.

Accompanying Kejriwal were party’s vice president Pratima Coutinho and Taleigao assembly incharge Cecille Rodrigues. Pratima Coutinho claimed that the number of rapes in Goa doubled and that the majority of the victims are minors. Now,  minister in the BJP-led government in Goa had sexually exploited a woman by misusing his power. She said, “on the other hand the Kejriwal government provides free rides to women in the government buses and installed CCTV cameras to ensure the safety of women in Delhi”.

Cecille Rodrigues said, “A large number of women feel vulnerable to molesting and stalking on buses and shared cabs and such incidents rise especially in crowded mode of travelling. A sizeable number of the commuting population in the state who use public transport are college going students. The safety of our college students is therefore important. If you want a safe environment, then I urge all women to vote for AAP”.

He said, “the same amount could have been used to provide Griha Aadhar. There are some Anganwadi workers who have been working in this field from the last 30-35 years and have done haul of work during Covid times. But, they never got the recognition. The state has witnessed four crimes against women every week since 2017. We must stop this chain of injustice against women by voting for the AAP, who will ensure that every woman in the state is treated fairly and justly”.