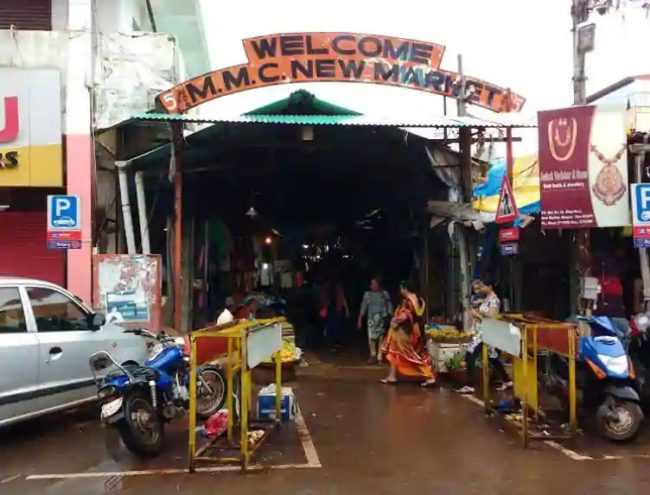 Goekarponn desk
Margao: A shopkeeper from the Margao market demands justice from the competent authorities. Shopkeepers from the Margao market question that when his Kiosk was razed from one spot on the High Court order, how could another person be allowed to set up a kiosk at the same spot.
Sharad Fulari, a local shopkeeper from the Margao market, said that he was had a kiosk in the market which was razed a few years ago over the court order, and we were given a place elsewhere, but unfortunately, we don’t get business at that site since the place is used mostly for parking of vehicles.
The real twist in the story is that the place where his Kiosk was razed has been given to some other person. Fulari now demands that his place should be reallocated to him rather than given to someone else.
He also mentioned that he met Margao Market committee member Mahesh Amonkar and put forth his grievances. Fulari also said that he would take this issue to Margao Municipal Council and expect justice from them.
Mahesh Bhandari, Margao Market Committee member, said that Fulari came to him and informed him that around 20 years back, his kiosks were razed on the court order, and he was given a corner place which is not good for his business.
Bhandari further added that Fulari is questioning that when he was not allowed to have a Kiosk at the site, he had permitted others to install their kiosks at the same spot.
If The High Court has given an order to remove one kiosk, then a new kiosk should not come up.
Fulari’s demand is to either rehabilitate him with his Kiosk at the previous spot or remove the existing Kiosk of another person installed at the same spot where Fulari’s Kiosk was razed some years ago.