Order on disqualification petition continued to be reserved 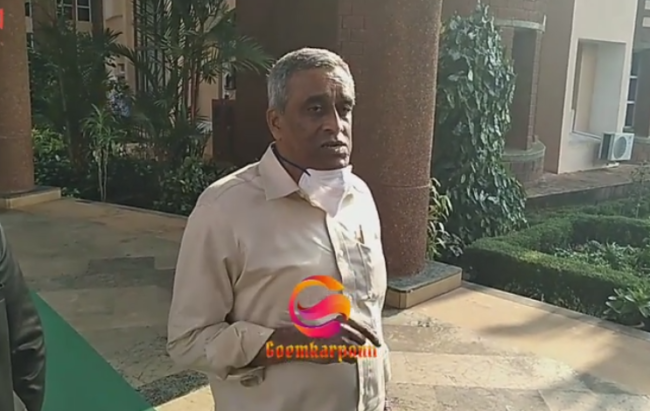 PORVORIM: Goa Legislative Assembly Speaker Rajesh Patnekar continued to keep the order on the disqualification petition filed against twelve MLAs, who had joined BJP in 2019, reserved.

Patnekar had called petitioner Ramakrishna Dhavalikar- who had filed disqualification petition against two MGP’s former MLAs- Manohar Ajgoankar and Deepak Pauskar- for a clarification over the issue.

It was expected that the Speaker might pass the order against the two MLAs- incumbent Ministers in the BJP led government- today; however, the same was kept reserved.
Speaking to reporters, Dhavalikar informed that Speaker had called seeking to know whether we would like to withdraw any one of the petition filed by us on May 3, 2019 and May 10, 2019, since both were pertaining to the disqualification.
“Accordingly, my Lawyer, has submitted in writing that we would withdraw May 3 2019 petition,” he said adding ‘Speaker has informed that once the order is ready, notice would be served to the parties’.
The final arguments in the disqualification petition was held on February 26, along with Congress’ petition filed against ten MLAs.