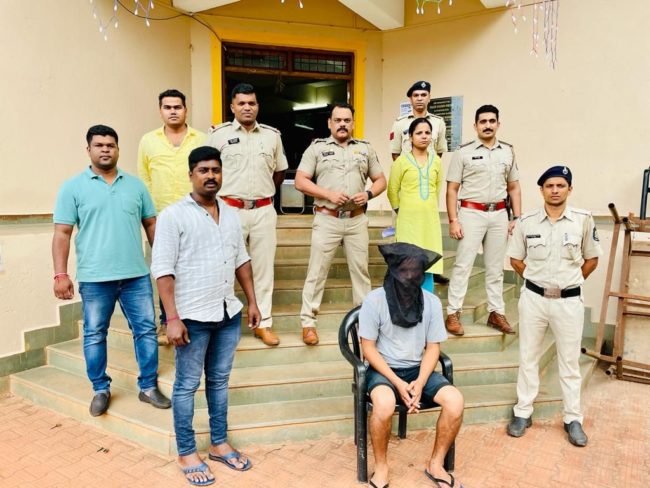 PERNEM: Pernem Police in a narcotic raid have arrested a Nepal native in illegal possession of drugs (charas) worth Rs 40,000.

The accused has been identified as Bhim s/o Balbahadur Saud,n/o of Tekapur Nepal.

Pernem police have registered offence U/s 20(b)(ii) A of N.D.P.S. Act, 1985 for unauthorizely keeping in his possession , a narcotic drugs known as Charas.

Above mentioned accused was arrested and presently is in police custody.
Further investigation are in progress under supervision of Sdpo Gajanand Prabhudessai and SP North Shobit Saxena IPS.