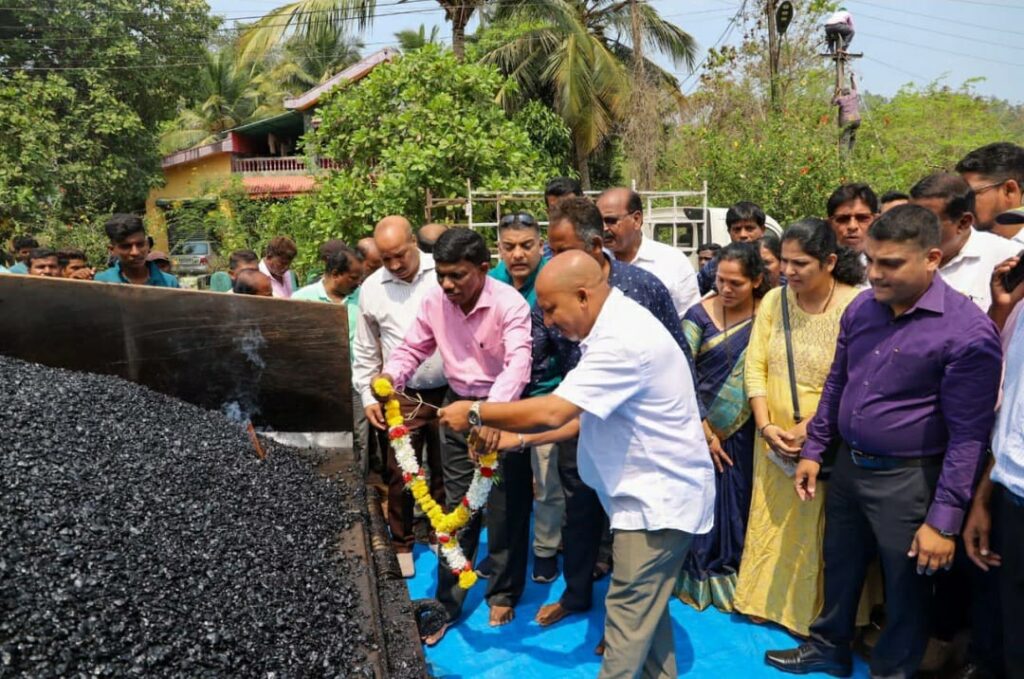 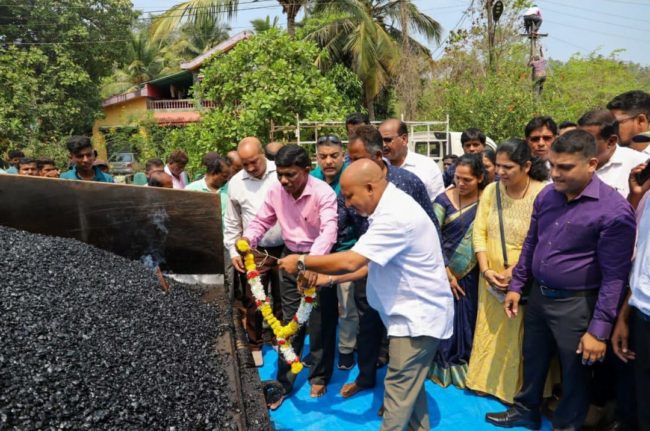 CANACONA – After lots of dilly-dallying, Government has already taken up hot-mixing and repairs of the nearly dilapidated NH-66 road from Gulem (Canacona) to Cuncolim (Salcette) via Balli (Quepem) on Sunday.
The repairs and hot-mix carpet (Strengthening of Riding surface between Km 561/890 to 584/000) will be laid to approximately 23 Kms from Gulem towards Margao at an approximate cost Rs.27.71 Cr. The bad road was widely criticised, and congress leadership has even taken the agitation at offices and cabins of top PWD officers.
The hot-mix machine was inaugurated on Sunday morning at the hands of Speaker and Canacona MLA Ramesh Tawadkar and Quepem MLA Altone D’Costa.
D’Costa making his presence felt, mentioned the efforts made by Congress leader Janardan Bhandari had finally paid off while thanking and wishing ‘Happy Birthday’ to Chief Minister Dr Pramod Sawant; he also thanked PWD minister Nilesh Cabral and Speaker Tawadkar for finally taking up the road strengthening which part of the road from Barcem to Balli falls under his Quepem constituency.
Incidentally, the tender allotted to a contractor last October failed to undertake the works even as the road conditions worsened every passing day, prompting several representations, the delegations to the various government authorities, and finally, new inducted PWD minister Nilesh Cabral blacklisted the contractor and announced re-tendering process. A fresh work order was finally issued on Friday, and works were inaugurated at the 50th Birthday Celebration of Chief Minister Dr Pramod Sawant.
Also present were CMC Chairperson Simon Rebello, a few councillors, BJP Canacona Mandal members and PWD officials.